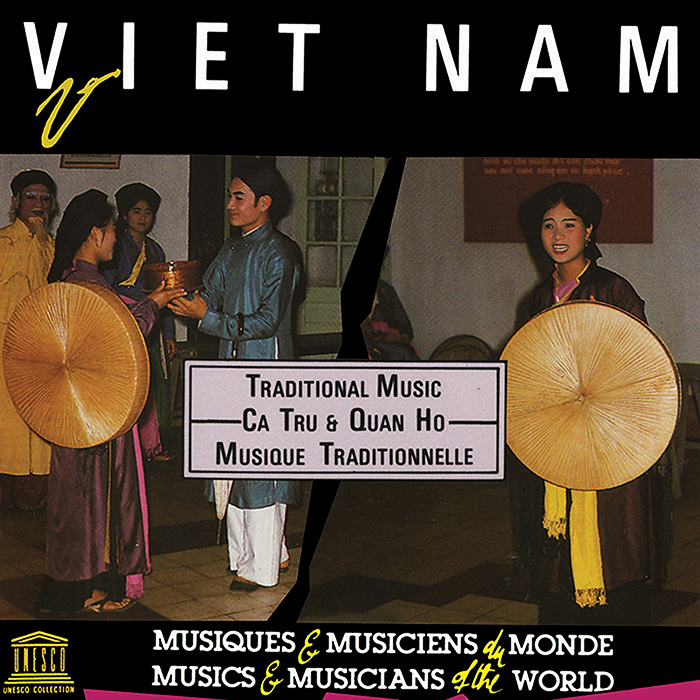 The northern Vietnamese vocal song traditions of ca trù and quan họ are the focus of this recording. Ca trù, literally translated as “song with little tokens,” is a genre of Vietnamese chamber music sung only by female vocalists with instrumental accompaniment. Ca trù singing was inscribed on the UNESCO List of Intangible Cultural Heritage in Need of Urgent Safeguarding in 2009.

This 1976 recording was made in the Socialist Republic of Vietnam by noted musicologist Trần Văn Khê. The ca trù songs, including classics in the repertoire, are sung by Quach Thi Hô, one of only a small number of ca trù singers at the time.

Additional tracks are examples of quan họ songs. Quan họ is a genre that originated in Bac Ninh province (now called Ha Bac), about 30 kilometers from Hanoi. Sung by both men and women with instrumental accompaniment, the songs are passed orally from generation to generation.