Al Tocar Diana: At the Break of Dawn: Songs From a Franco Prison 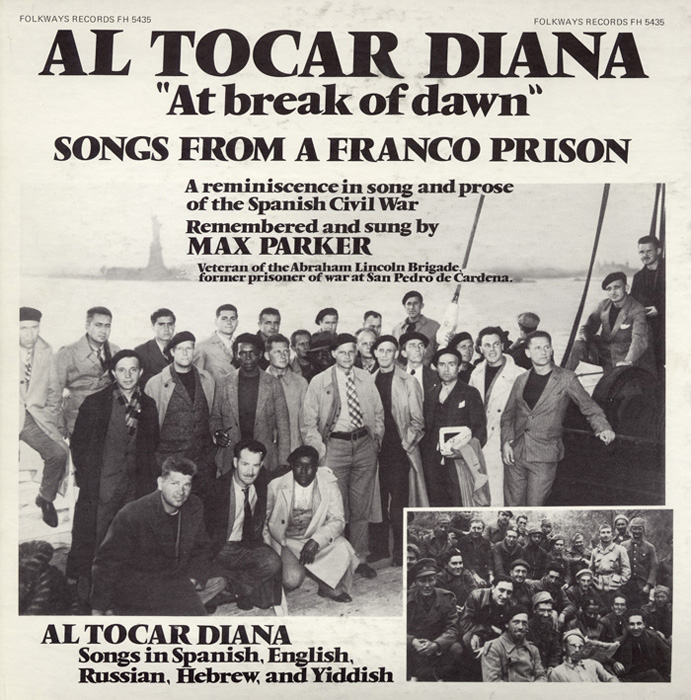 View Cart Custom CD $16.98
View Cart Digital Download $9.99
In 1937, Max Parker joined the Abraham Lincoln Brigade in support of forces loyal to the Republican government of Spain during the Spanish Civil War. He was captured by fascist forces supporting Generalissimo Franco and detained with other American, English, and Latin American prisoners of war at San Pedro de Cardena. This album records his remembrances of his time in the prison and the songs the prisoners sang to keep their spirits up. Parker and wife Mary provide the narrative that accompanies many of the songs. Songs are sung by Parker in Spanish, English, Russian, Hebrew, and Yiddish. The recording includes a facsimile of the original 73-page liner notes.