Antigone: Sophocles (In the Original Greek) 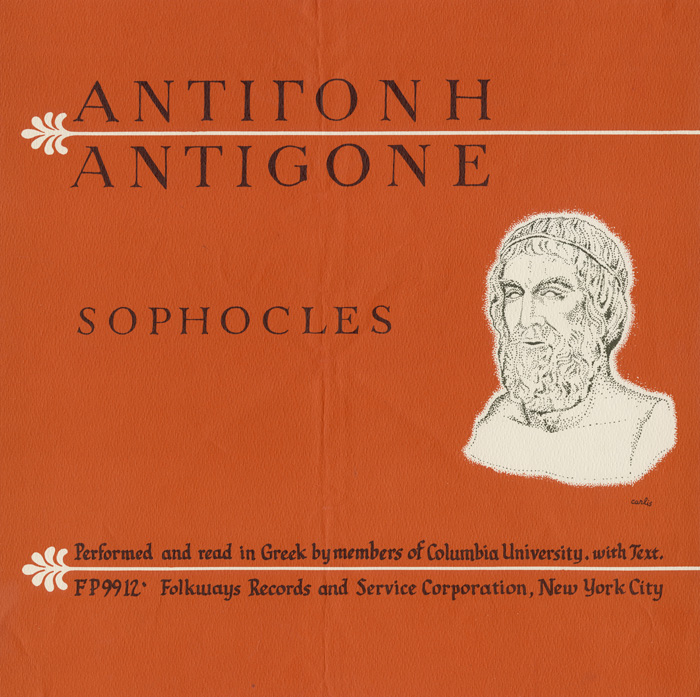 View Cart Custom CD $16.98
View Cart Digital Download $8.94
Antigone: Sophocles (In the Original Greek) is a performance of the famous Greek tragedy by members of Columbia University. The play focuses on three themes: civil disobedience, natural law and contemporary legal institutions, and fidelity. It centers on Antigone's determination to bury her brother Polyneices out of a desire to bring honor to her family, and to honor the higher law of the gods. Antigone’s refusal to place the state before her family leads to her death. The play is performed in the original Greek from a text slightly abridged to fit on a vinyl disc. The liner notes include an introduction from the director about the significance of the play and this particular production, the script in Greek, as well as acting and production credits.