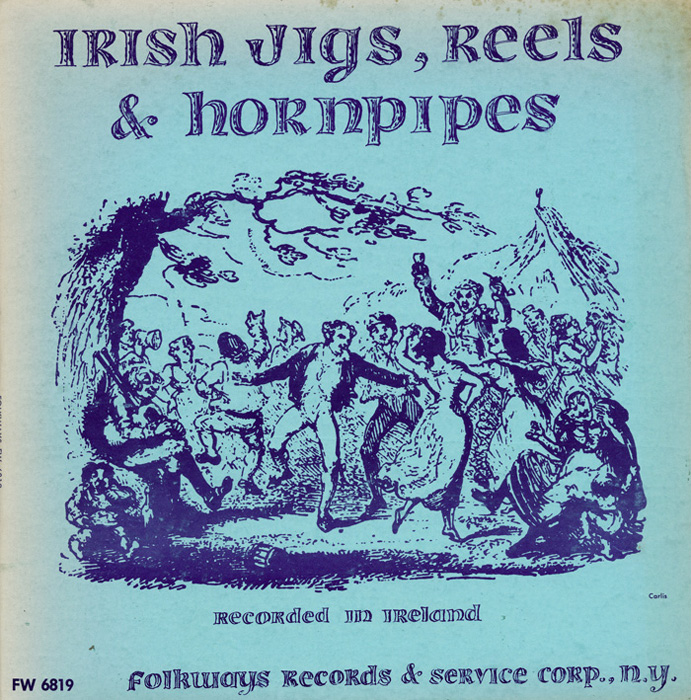 At the time, Michael Gorman was already a popular traditional fiddler, performing on television and radio, and this recording features his now-standard reel, "The Mountain Road." This is Willie Clancy’s debut recording, however, marking his emergence as one of Ireland’s best pipers. Although it’s not among Clancy’s better known albums, Irish Jigs, Reels & Hornpipes clearly demonstrates his virtuosic pipering. Liner notes by frequent Folkways producer Henry Cowell and Ester Brown include biographies and a guide to Irish dance including step diagrams.