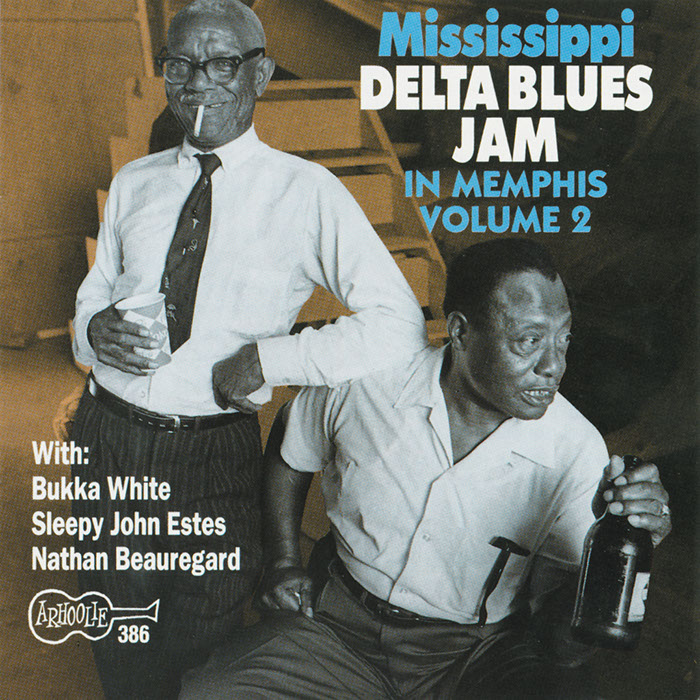 The second of two sessions recorded by Arhoolie founder Chris Strachwitz during the 1969 Memphis Blues Festival, this volume features the music of Sleepy John Estes, Bukka White, and Nathan Beauregard. Although Estes and White had established musical careers during the 1920s and ʼ30s, they were “rediscovered” during the blues revival of the 1960s. As these performances will attest, their unrefined style of country blues remained true to its roots. The liner notes were written by journalist and record producer Pete Welding.