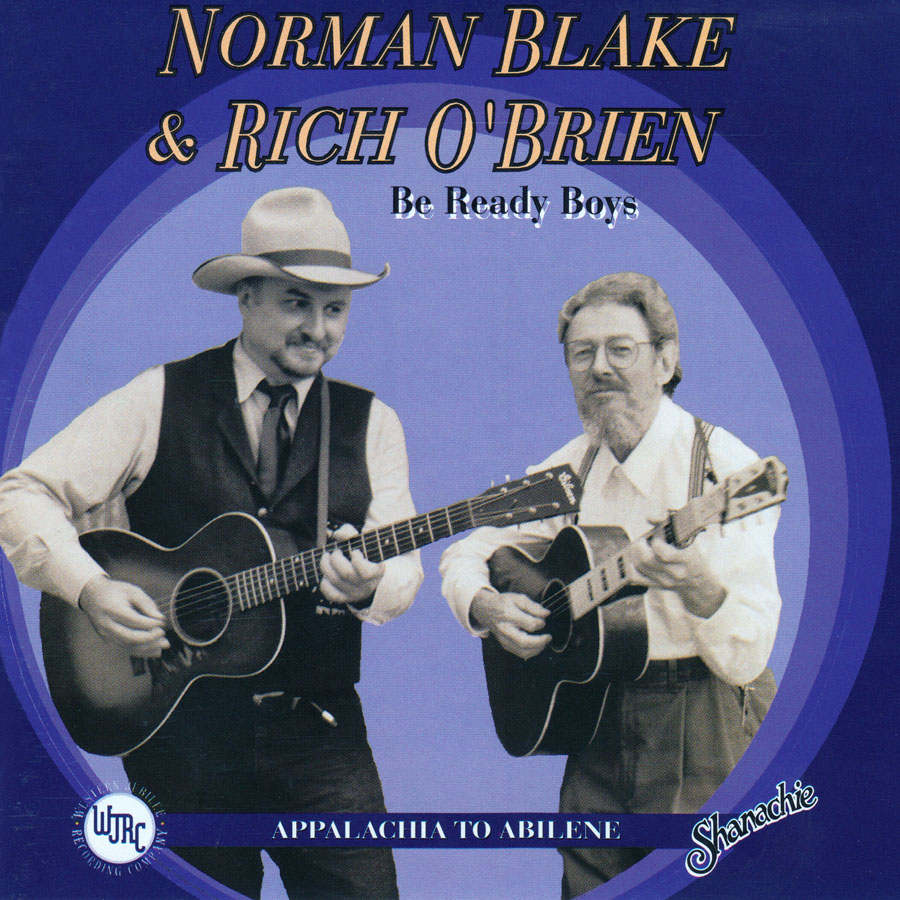 View Cart Digital Download $9.99
View Cart CD $14.98
Originally released in 1999 as part of the “Appalachia to Abilene” series from the Western Jubilee Recording Company, Be Ready Boys is an album inspired by the western journey of Appalachian music. Appropriately, it is performed on historic instruments by Tennessee-born bluegrass legend Norman Blake and noted Texas guitarist Rich O’Brien. Among its sixteen selections are traditional songs, inspired originals penned by Blake and O’Brien, and songwriting by the likes of A.P. Carter and “King of Western Swing” Bob Wills. Altogether, it serves as a testament to the fluid nature of musical genre and influence, and the close musical heritage of the Appalachian and Western traditions.