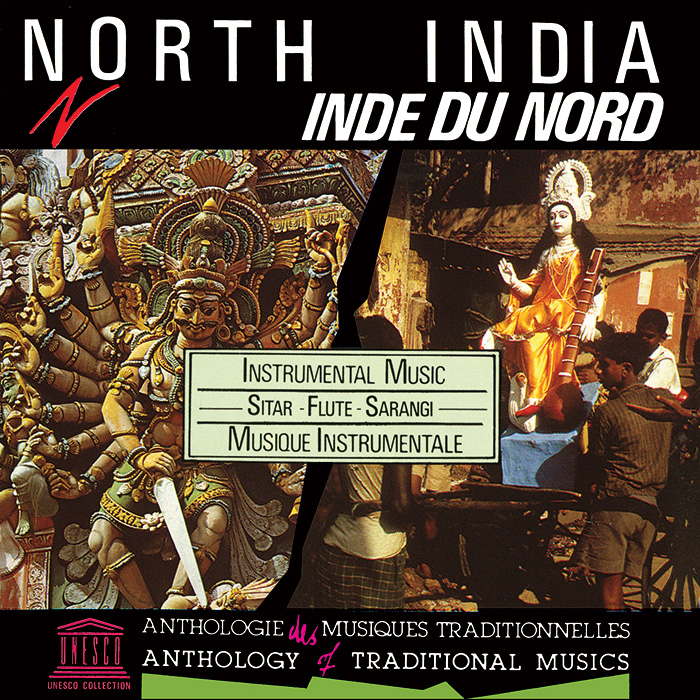 The classical music of North India (Hindustani music) has roots in Persian Musiqi-e assil folk music, Sufi songs, Vedic chants, and the region’s own folk traditions. Although it is primarily a vocal-based music, the classical Hindustani music on this album is played on a variety of traditional instruments.

The tracks in this collection present three different ragas (the raga is an Indian classical music song structure). The first piece, “Desh,” an evening raga, is performed on sitar, tabla drum, and tanpura, a lute-type drone instrument. “Puriya Kalyan” is an early evening raga and features two flutes (vamsha) and tabla. “Maru Bihag” is played on the bowed sarangi and the tabla. Liner notes by Alain Daniélou describe the instruments and the artists.