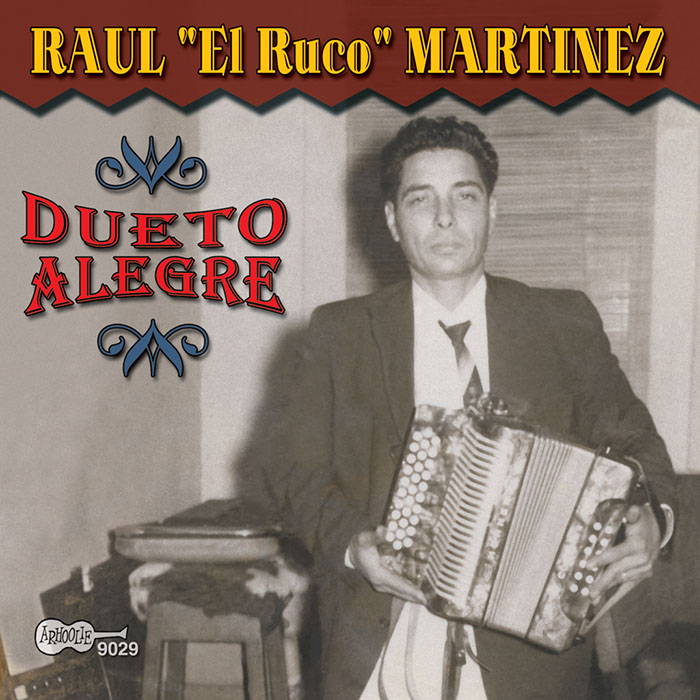 Raul Martinez (1925–1978) was the nephew of legendary accordionist Narciso Martinez. Both learned to play the accordion from Raul’s father (and Narciso’s older brother) Santos. Nicknamed “El Ruco” (translated as “The Old”), Raul led a norteño conjunto, Dueto Alegre, with bajo sexto player and singer Juan Gonzalez from 1947 until 1954. Their voices blended well, and the band became popular along the lower Rio Grande valley. This collection features 21 original instrumentals and vocals composed by Martinez and performed by his band.