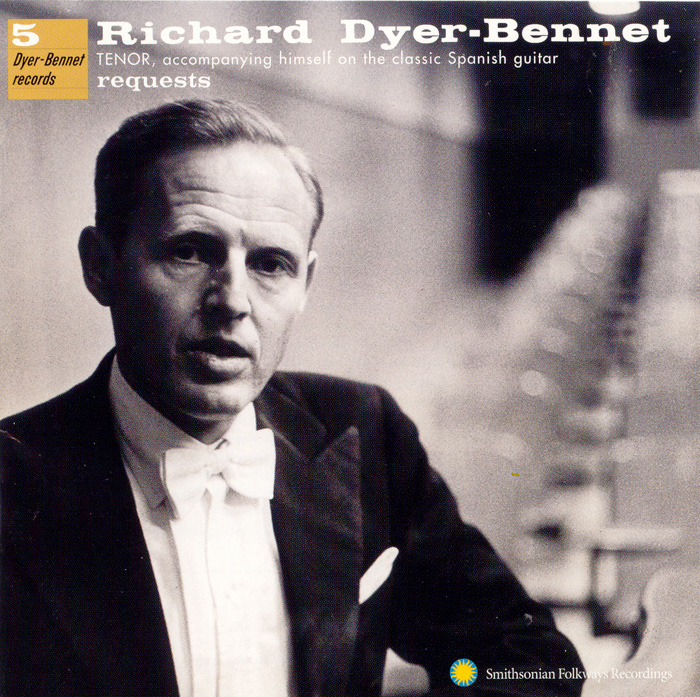 View Cart CD $11.98
View Cart Digital Download $9.99
Richard Dyer-Bennet was a major figure in the folk music revival of the 1950s and 1960s. He founded his own label in 1955 in order to avoid making the compromises in sound quality, repertory, and style often dictated by large recording companies. This reissue of the fifth Dyer-Bennet Records release includes folksongs and ballads such as "Greensleeves" and "Barbara Allen" from the 16th-century British Isles and classic American ballads and songs like "John Henry" and "I Ride and Old Paint." All are performed in the singular character and style of this highly cultivated intepreter of folksong. 20-page booklet that includes lyrics. 38 minutes.