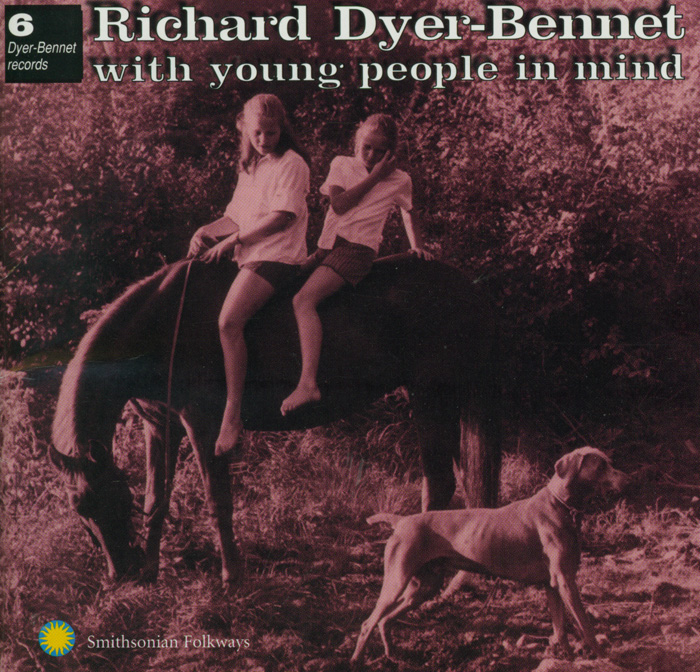 Richard Dyer-Bennet, world-renowned troubadour, performs sixteen songs that have captivated children and their parents for centuries. With origins in England and the United States, some resemble fairy tales, while others sound more like adventure stories, and still others seem just for fun. Dyer-Bennet’s high tenor voice, clear diction, and masterful guitar accompaniment create a variety of mods and rhythms through which children can explore these fantasies. Originally released in 1958 on Dyer-Bennet Records Volume 6. Original notes and song texts included; 18-page booklet. 35 minutes. "Probably we have no greater balladeer in America than Richard Dyer-Bennet....No musically inclined family can afford to miss it." —Emma Dickson Sheehy, Parents Magazine