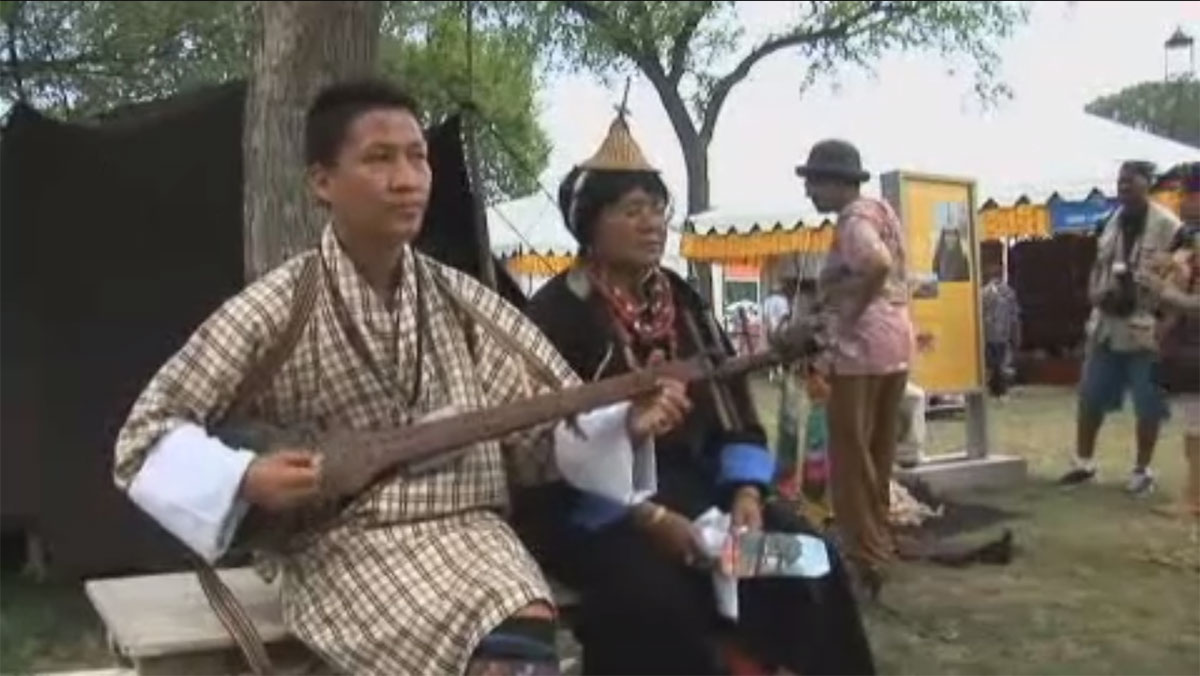 Playing drangyen (Bhutanese lute) and singing both traditional Bhutanese music and his own compositions, Kheng Sonam Dorji was inspired to present what he considers to be an endangered musical tradition to audiences outside of Bhutan through his participation in the 2008 Smithsonian Folklife Festival Program, “Bhutan: Land of the Thunder Dragon” in Washington, D.C.

Sonam Dorji founded the Music of Bhutan Research Center in order to teach, preserve, and promote the music he loves. He is featured on the 2015 Smithsonian Folkways release, Music from the Mountains of Bhutan.

Read more about Dorji in this artist spotlight.

Listen to a sneak preview of Music from the Mountains of Bhutan.

View a slideshow of Dorji at the 2008 Smithsonian Folklife Festival.