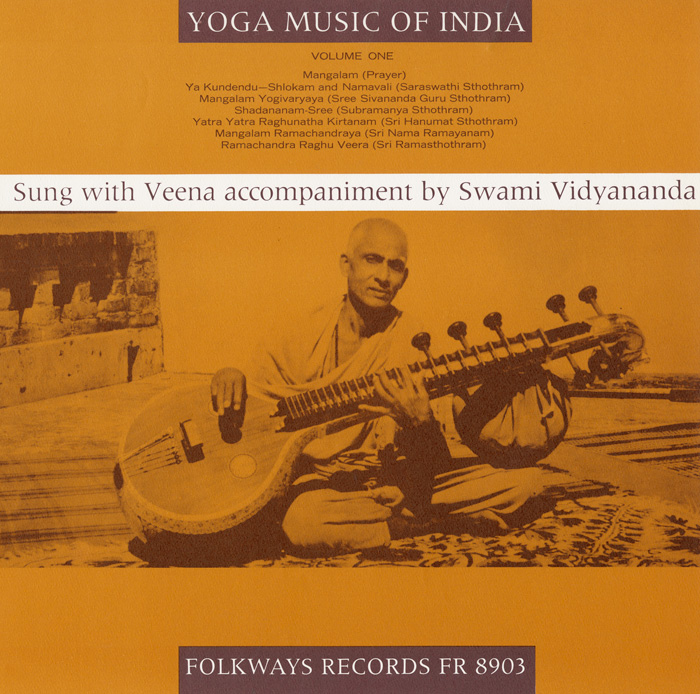 Released in 1964, Yoga Music of India, Vol. 1 highlights a genre of devotional songs that are still popular in India today. Swami Vidyananda leads a selection of kirtan (call-and-response chants) and accompanies each song on the vina, a plucked, seven-stringed instrument native to South India. These chants aim to “generate feelings of devotion in those who chant them as well as in those who attentively listen.” Liner notes include lyrics, track notes, and a brief explanation of the sacred function of kirtan.