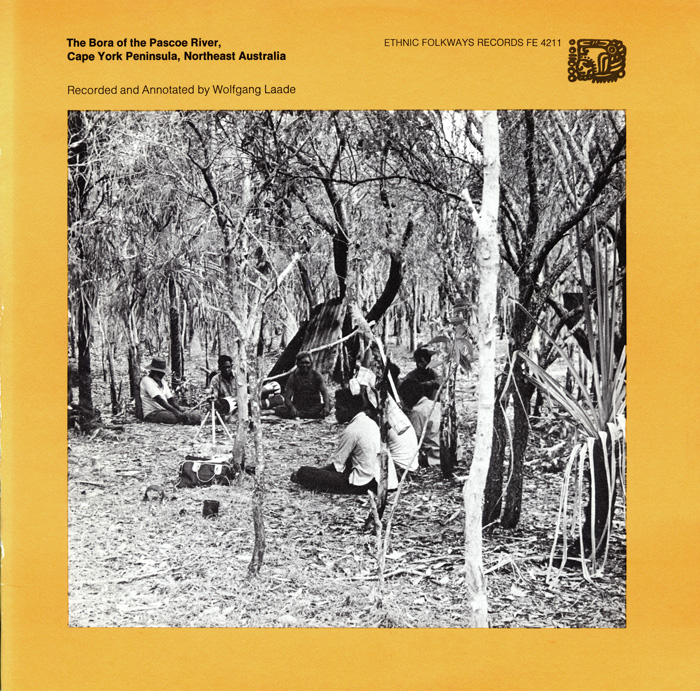 This recording is not available for sale.

The bora, or boys’ initiation ceremonies, of the Aboriginal peoples of Cape York Peninsula in Northeastern Australia were already under threat by outside influence when this recording was made by Wolfgang Laade in 1963 (it was released in 1975). He interviewed tribal elders in the sacred bora ground to document the myth of the crocodile hero―on which the bora is based―and to describe the ceremonies as they had been performed. Other elders recorded traditional bora songs. The experience is especially heightened by the sounds of work and life permeating throughout.

This recording is not available for sale.