The German Ballad (The Classical Age): Read by Eric Bauer and Brigitt Schaidnagl 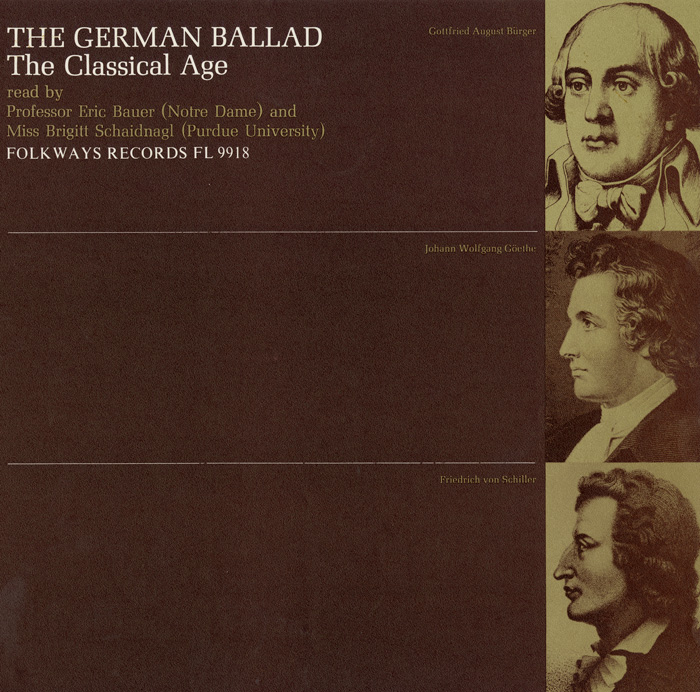 View Cart Custom CD $16.98
View Cart Digital Download $9.99
The German Ballad (The Classical Age) includes nine poems from the German classical literary period, the Goethezeit. The most important type of poetry during this period was the ballad, a lyrical narrative poem that explores topics such as the power of nature, the supernatural and mythological, history, and fate. Three prominent classical poets are featured on this 1964 recording: Gottfried August Bürger, Friedrich Schiller, and Johann Wolfgang von Goethe. Liner notes discuss the evolution of the ballad and also include the complete German text of each poem.