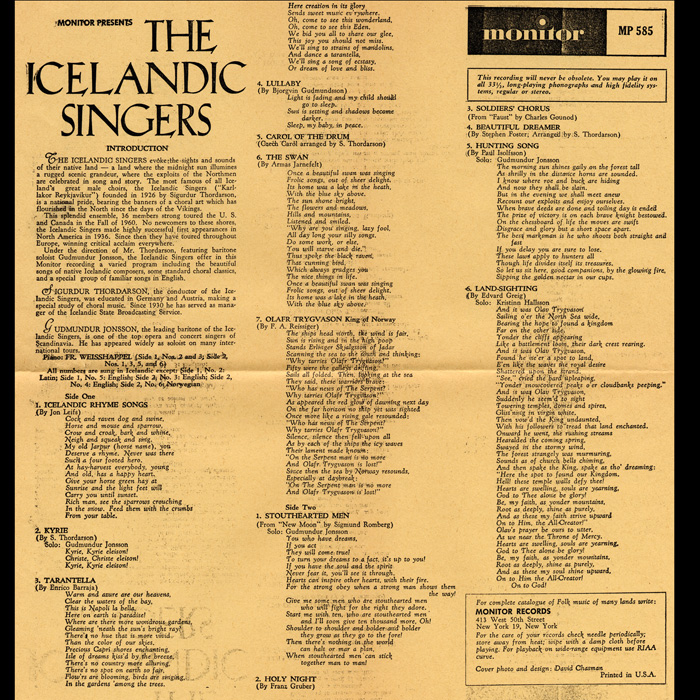 The Icelandic Singers, now known as the Reykjavik Male Choir, are a choral group founded in 1926 by conductor Sigurdur Thordarson (1895–1968). They first toured North America in 1936 and made subsequent appearances throughout Europe and North America. Their repertoire consists of works by Icelandic composers as well as songs familiar to European and American audiences. According to the liner notes, the choral style and arrangements “evoke the sights and sounds of … a land where the midnight sun illumines a rugged scenic grandeur, where the exploits of the Northmen are celebrated in song and story.” Song titles, composers, and translations are also included.