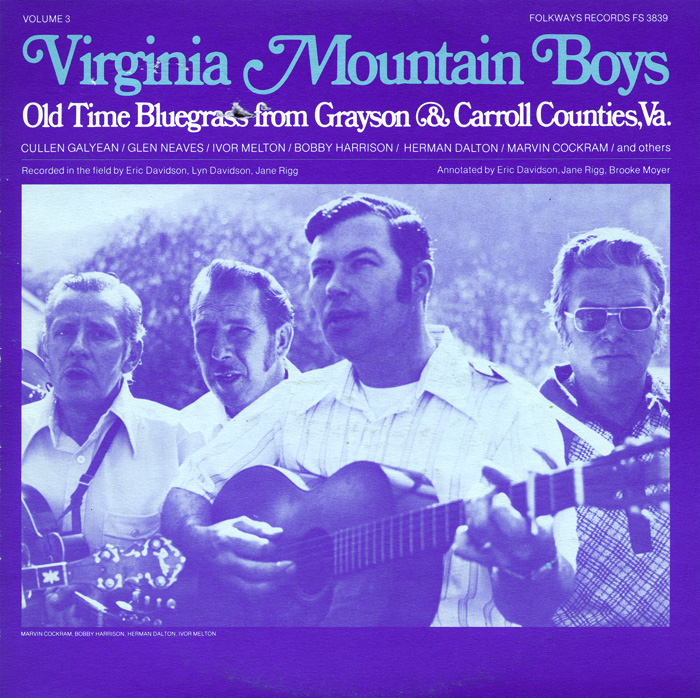 In the 1940s, fiddler and guitarist Glen Neaves formed the Virginia Mountain Boys, and the band performed in varying lineups through the next three decades. In many cases, the members of the band were the first in their families to play bluegrass rather than the older Appalachian string band styles they grew up with. However, this older music strongly influenced their choice of instrumentation and songs; for example, this album includes modern renditions of "Let That Circle Be Unbroken" and "John Henry," both of which originated before the advent of bluegrass. The album also includes "Conversation with Neaves," an excerpt of Neaves reminiscing about his early career and the musicians who influenced him.

*Content Advisory: The title and lyrics on 204 contain derogatory language. While it is offensive to us, we have chosen for the song titles to remain as published and interpreted in the time period in which they were written. We believe that to do otherwise would be to change a historical document. The “n word” was commonplace for a time in history, especially during the era of Jim Crow. Its circulation and popularization through blackface minstrelsy became associated with the identity of Black people in a white supremacist society. Please click here for additional context.
For our policy on controversial recordings, please see our Frequently Asked Questions page.

*One or more tracks from this album are unavailable for digital download. You may download the available tracks individually below.