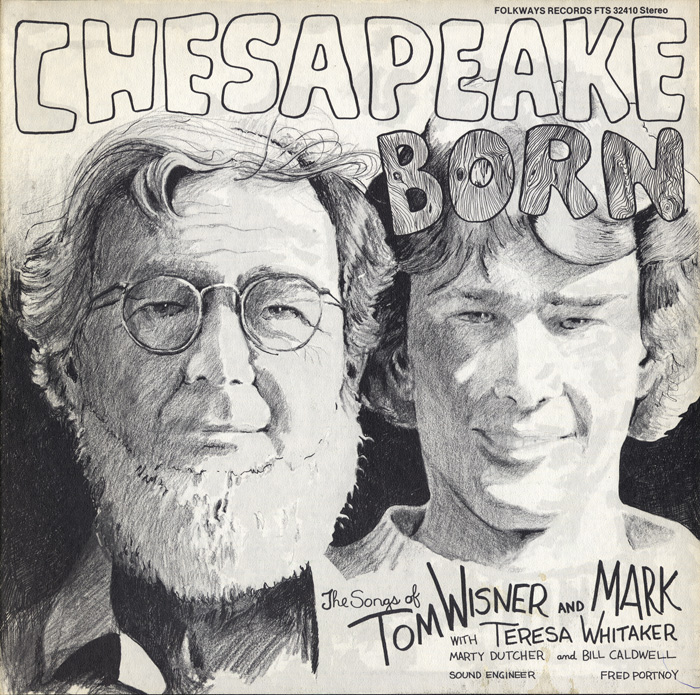 View Cart Custom CD $16.98
View Cart Digital Download $9.99
Maryland-based songwriter and educator Tom Wisner’s (1930–2010) first album for Folkways also marks the label’s first documentation of the culture of the Chesapeake Bay. According to Wisner’s liner notes, “[t]he songs on this recording were given to me while I was becoming more aware of myself and my relationship to the Chesapeake Bay and her people.” With songs and singing by both Tom and his son Mark Wisner, the album features vocal contributions by Theresa Whitaker, guitars by Marty Dutcher, and Bill Caldwell on guitar and banjo. Three songs are a cappella. The handwritten liner notes include lyrics and dedications for each song, biographies of the musicians, and four drawings by Wisner.