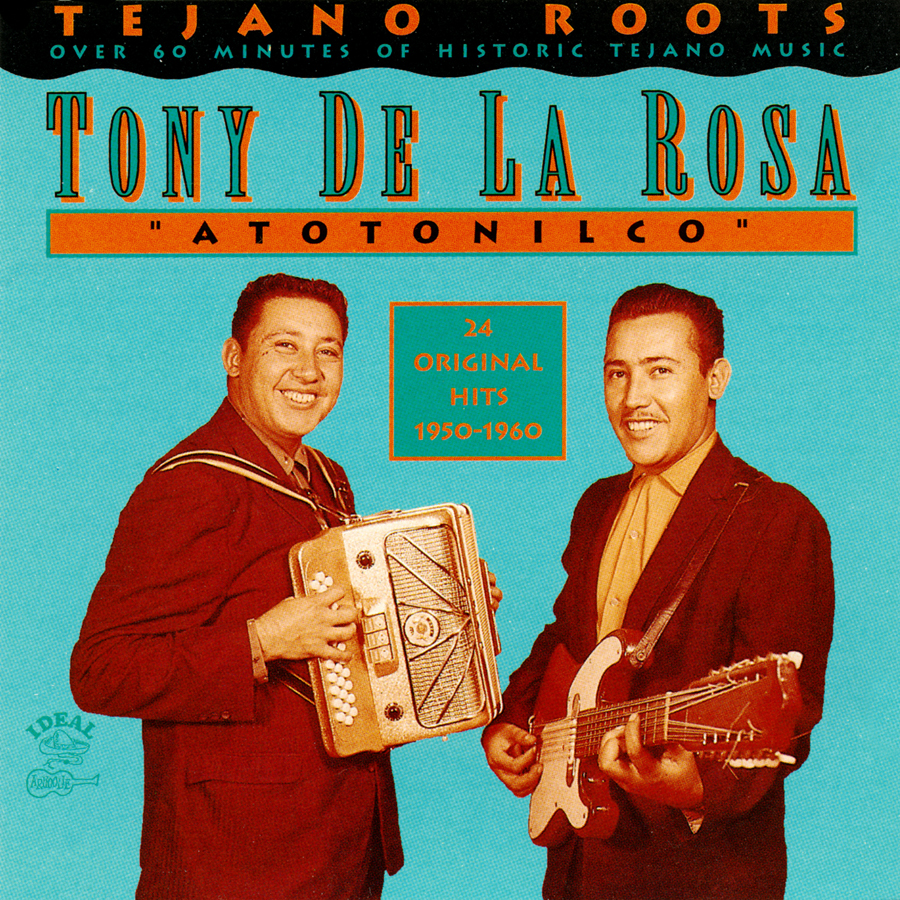 Inducted into the Conjunto Hall of Fame in 1982, Antonio “Tony” de la Rosa (1931–2004) changed the very shape and sound of Texas conjunto music and was one of the giants of the genre. Atotonilco, with Tony on accordion and brother Adan on bajo sexto, features a number of his popular recordings from the 1950s including the classics “Los Frioles Bailan” and “La Palomilla.” De la Rosa was named an NEA Heritage Fellow in 1998.