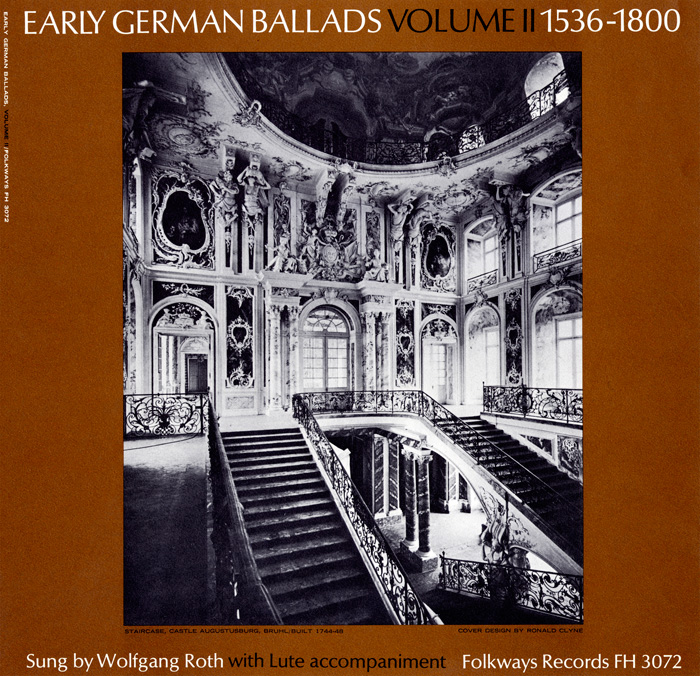 Extensive liner notes, texts and translations accompany this second volume of Wolfgang Roth’s Early German Ballads, which highlight his rather large collection of early folk songs remembered from his youth. After leaving Germany in the early 1930s, Roth did not return to his lute until the release of this collection, aand it is here that he found comfort in the stories "of a German people who were believers in good and not evil."