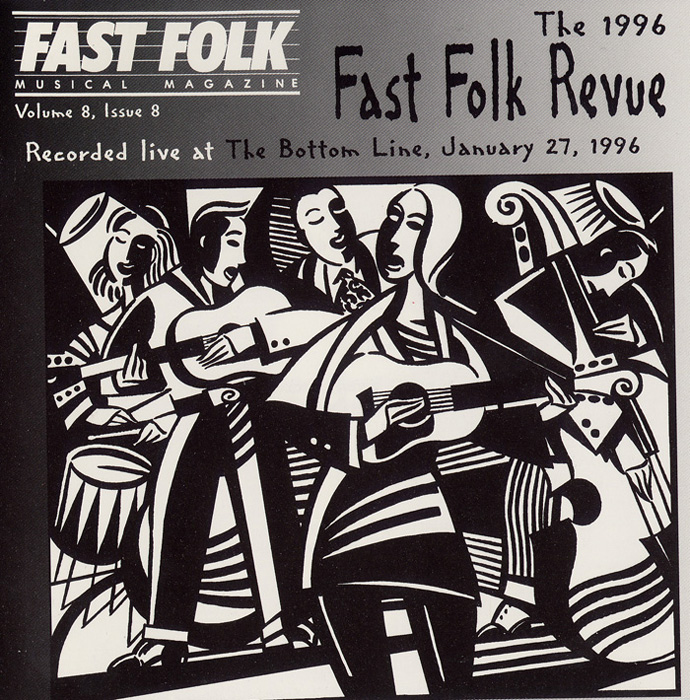 View Cart Digital Download $9.99
View Cart Custom CD $16.98
This issue of Fast Folk Musical Magazine features 15 performances recorded January 27, 1996, at the Bottom Line. Richard Meyer opens with a song about a loner whose life is interrupted by a sweet interloper (“I Was a Loner”). Along the way, Louise Taylor sings of “Katie’s Smile,” Jack Hardy sets his song in Ireland (“The Passing”), Tim Robinson is caught “Drinkin’ Alone,” Wendy Beckerman sings “Balloons” and “The Widow’s Lament”—and is joined by Louise Taylor and Annie Gallup on “Carriage Horse”—and Chuck Brodsky introduces “Bill and Annie,” who love one another but are married to other people. David Hamburger’s dobro and steel guitar accompaniment throughout the recording adds a touch of “country” to the musical proceedings. A facsimile of the magazine is included.