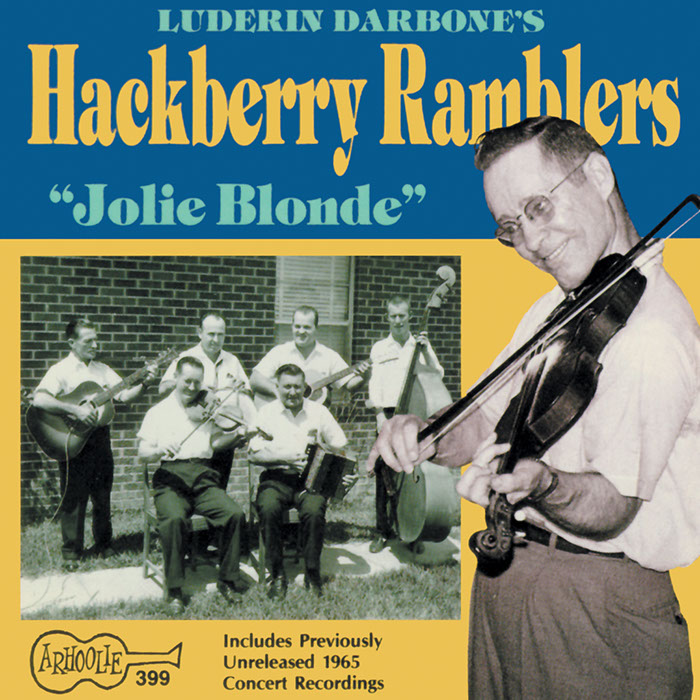 View Cart Digital Download $9.99
The Hackberry Ramblers were formed in 1933 in Hackberry, LA. Led by Luderin Darbone, they were one of the most influential bands in Cajun music. In 1963, Arhoolie founder Chris Strachwitz recorded the Ramblers for their first full-length album. With Darbone on fiddle and co-founder Edwin Duhon on accordion, piano, and vocals, the band performed a mix of Cajun dance music that had been part of their repertoire for 30 years—including their version of “Jolie Blonde,” their first hit. In 1993, to celebrate the Ramblers’ 60th anniversary, Strachwitz reissued the recording with additional songs from the sessions and music recorded at the 1965 UC Berkeley Folk Festival.