Resonance: Songs of the Naxi of Southwest China 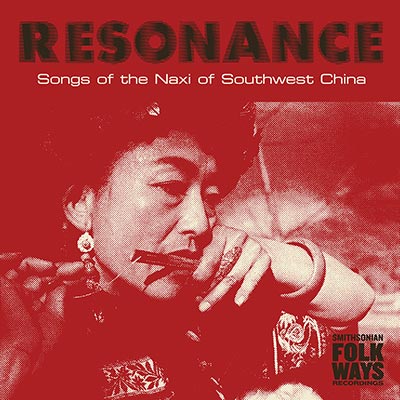 For our playlist series Resonance, we ask curators to find points of connection and conversation between different, potentially diverse recordings in the Smithsonian Folkways catalog. In this first iteration, producer Helen Rees compares and contrasts the stylistic elements of He Jinhua's Songs of the Naxi of Southwest China with other recordings in the collection.

On her album Songs of the Naxi of Southwest China, Jinhua recorded songs from all across the Naxi heartland in southwest China. Singing style certainly differs in different areas and among different genres, even among a single small ethnic group, so let's first listen to three tracks: 5, 6, and 7 ("Gguqqil / We muf ddaq - 谷气和默达调," "Bberdder gguqqil (Gguqqil song from Sanba) - 三坝谷气," and "Labeq gguqqil (Gguqqil song from Labeq) - 拉伯谷气 [Version 1]," respectively). All three are based on different regional variants of the most famous Naxi solo folksong-type, gguq qil (meaning "song," it is usually sung solo or antiphonally between two singers, by either sex, and can incorporate just about any lyrics desired). Listen for qualities that occur in all three variants (such as the strong, natural singing voice, prominent vibrato, and the way phrases often end with a "push"), but also for ways in which these three renditions differ. (And you might like to compare Track 19 ("Labeq gguqqil (Gguqqil song from Labeq) - 拉伯谷气 [Version 2]"), a creative arrangement of Track 7 by Grammy-winning composer Daniel Ho, adding ukulele and recorder accompaniment to the song.) Strong singing voices (female and male) with wide ranges are common in these mountainous parts of Asia—many people suggest that powerful vocal projection is necessary to be heard up and down the hills. Compare Jinhua's style with that of Thoan, a 12-year-old Kmhmu girl from the highlands of northern Vietnam, who recorded a teum song (Bamboo on the Mountains, Track 37, "Teum Song"). It's very easy to hear how languages, as well as melodies, have a powerful effect on what songs sound like: Kmhmu is a Mon-Khmer language, while Naxi is a Tibeto-Burman language, so that the consonants and vowels, and thus also the overall aesthetic, are very different. In one particular genre mostly sung by women, lullabies, it is gentleness that is usually desired, as we can hear in a Lithuanian example, with a very appreciative baby contributing! (Musics of the Soviet Union, Track 1, "Lithuanian Lullaby"). Finally, adding instruments to a vocal line creates a different overall sound aesthetic. It's not often that the instrument added to a female vocal line is higher-pitched than the voice itself, but that's the case in a lovely "slow song" from Thrace, central Bulgaria, where the singer and a kaval (flute) player combine their highly ornamented lines, at times almost in perfect unison (Songs of the Earth: Astonishing and Rare Voices, Track 10, "Bulgaria: Slow Melody").

Songs of agriculture and herding

Life for most Naxi is bound up with agriculture and herding. Track 2 ("Xiq dvq bee (Transplanting Song) - 栽秧调 [Version 1]" on Jinhua's album is a medley of two Naxi-language songs for which she is well known, both of which she learned in her home village as a child: a transplanting song, sung every May as everyone worked in the fields, and a flailing song. (Check out Track 18 ("Xiq dvq bee (Transplanting Song) - 栽秧调 [Version 2]"), the same song medley in a beautiful arrangement by Daniel Ho, with piano accompaniment.) Very different is the medley of two songs that comprise Track 8 ("Ee leeq bee (Ploughing Song) - 犁牛调"), also learned during Jinhua's youth: a children's song about going with Grandpa to pasture cattle, and a ploughing song addressed to the hard-working ox who is an indispensable part of the agricultural team, asking him to turn into the next furrow. Work-related songs, in fact, have traditionally been common across the world: they provide entertainment during tedious chores, and can also help coordinate movement for people collaborating on a task. Listen to this example from Bénin, in West Africa (Benin: Bariba and Somba Music, Track 12, "Song for grinding karite nuts"). Here two women work together, each with a pestle pounding in the same mortar to grind karite nuts. They sing a dialogue song in firm, matter-of-fact voices, with the rhythm of their work articulated by the alternating pounding of their pestles. Herders often have a range of songs sung to or about their animals: in Tuva, a herder may sing to encourage the bonding of newborn animals with their mothers—for example, goats, with the human voice imitating the animals' soft bleating (Tuva: Voices from the Center of Asia, Track 22, "Domestication of goat to kid"). Across the other side of the world, from the Peruvian Andes comes a lively, high-pitched song with instrumental accompaniment, celebrating the day for livestock branding (Peru: Andean Music of Life, Work, and Celebration, Track 14, "Rosarcha (branding of the livestock)"). And coming back to agriculture, when the hard work is done and the harvest is in, there are often songs to mark this too. On Jinhua's album, Track 14, "Oq mei leeq bee (Song of the Spirit of the Grain) - 谷神调" used to be sung in Naxi areas when the year's grain was about to be stored in the granary, welcoming the spirit of the grain to come and bless the proceedings. When you listen to this set of six songs, think about the differences you can hear between studio recordings (e.g., all the Naxi songs on this album) and songs recorded "in the field"—usually with people actually engaged in the activities described (e.g., the other three songs discussed here).

What comes to mind when one thinks of music at weddings? For those of us who grew up in most Western countries, it's probably going to be lively, cheerful music such as Mendelssohn's "Wedding March," or else romantic popular songs. But in societies where the bride traditionally left her parents' village to move to the groom's village, the happiness of a wedding was often tinged with sadness, especially in the days before convenient transport. Not only would the bride miss her family and friends, and they her, but she might also feel considerable trepidation at having to move in with her in-laws as a junior member of their family. In He Jinhua's homeland of Lijiang in China's northwest Yunnan Province, weddings are certainly occasions for joyful festivities, along with celebratory singing and dancing. But Jinhua offers us two songs that reflect on the mixed emotions weddings can bring. In Track 3, a Naxi-language song, "Mil bvl bee (Wedding Song) - 嫁女调", she first speaks, then sings, as the mother of a bride lamenting her daughter's impending departure. The listener can hear the sorrow in her voice. Track 10, "Ggv zzeeq mil bvl bee (Tibetan Marriage Lament) - 出嫁以后想妈妈," is a Tibetan-language song sung by both ethnic Tibetans and ethnic Naxi in and around Jinhua's home region of Tacheng. In this case, Jinhua sings as a daughter who has already married out into her husband's village and misses her parents. Russia and Central Asia too have a rich heritage of wedding laments and songs marking the bride's departure for the groom's home. Northern Russia provides an affecting example of an audibly sad bridal lament (Musics of the Soviet Union, Track 7, "Northern Russian Wedding Lament"), while among the Karakalpaks of Uzbekistan, a bride's friends sing to bid her farewell as she leaves them for her husband's house (Uzbekistan: Musical Traditions of the Karakalpaks, Track 1, "Hawjar"). But weddings aren't all about sorrow, as the lively dance song from Belgorod in southern Russia reminds us (Musics of the Soviet Union, Track 5, "South Russian Wedding Dance Song from Belgorod Province").

One of the most emotionally charged songs on He Jinhua's album is Track 12, "Ail jiuq bbv ddaq pil (Dawn Lament) - 鸡鸣哭祭". At Naxi funerals in rural areas, this lament is still sung at dawn while the coffin rests in the house. Here, Jinhua sings as a granddaughter lamenting her grandmother, and the sobbing becomes an integral part of the song. Recording this lament in the recording studio in 2018 was emotionally hard for Jinhua, and initially it was not going to be included on the album, as it would have been inauspicious to do so while her parents were still living. Sadly, however, her elderly parents both passed away two years later, and she decided to include it. Compare this lament with the quieter, more tremulous, but equally affecting Tuvan lament by a widow left to raise her children alone (Tuva: Voices from the Center of Asia, Track 26, "Funeral Lament"). A second pair of songs on Jinhua's CD, "Saiseeq jjiq / A lil lil jiq perq (Saiseeq jjiq / Beautiful White Clouds) - 三思吉、美丽的白云" (Track 13) comes from an old repertoire formerly used at Naxi funerals. Their haunting melodies are among the best-known in Lijiang. In some cultures, laments may be sung by specialists rather than family members, as with a beautifully ornamented commemoration of a young boy performed by a renowned Lebanese Druze song-leader and his small male chorus (Laments of Lebanon, Track 9, "Nadb for a Deceased Boy"). Faster and more rhythmic is the dance-song from Bénin performed by young men bearing the body of the deceased to her or his final resting place (Benin: Bariba and Somba Music, Track 11, "Song to carry the corpse").

Jaw harps, found throughout much of Asia, Melanesia, and Europe, create their mysterious, twangy sounds though producing a rich set of overtones. The player holds the instrument up to his or her mouth, using the mouth as a resonating chamber. By altering the shape of the mouth (think forming your mouth into the shapes needed for different vowels), the performer can selectively emphasize different harmonics above the main pitch of the instrument's tongue (or tongues). Listen to Track 16 ("Daiq guegueq (String-activated jaw harp) - 拉口弦") on Jinhua's album. The Naxi have two main kinds of jaw harp, both made of bamboo. This one has just one tongue, so all the Naxi folksong melodies you hear here floating above the main pitch are created by Jinhua's altering the shape of her mouth as she pulls on a string to make the single tongue vibrate. Track 17 ("Hei meil zeeq bbvq nee gua guaq (Meeting by Moonlight) - 月下相约") is her own composition, featuring both types of Naxi jaw harp: the single-tongue one, and another 3-tongue one, which she plucks with the fingers of her right hand. She adds in a little wooden scraper in the shape of a frog, creating a short piece about a moonlit meeting. The scraper makes a sound uncannily like the nocturnal croaking of frogs. Compare the Naxi jaw harp with that of the Kmhmu from northern Laos and Thailand (Bamboo on the Mountains, Track 25, "Hroong jew's harp"): this is also a bamboo instrument, with vibrant overtones. Traditionally among the Naxi, Kmhmu, and many other ethnic groups from this part of Asia, the jaw harp has been used as a speech surrogate, especially in courtship, allowing secret messages to be passed between lovers. It's a very versatile instrument: there is a remarkable recording from Tuva (Tuva, Among the Spirits, Track 8, "Xomuz (Jew's Harp) Imitating Water"), in which a jaw harp is used to imitate the sounds of rushing water. Jaw harps in different regions may be made of bamboo, wood, bone, or metal; listen to the complex sounds of the small metal instrument of the Karakalpaks, typically played by women to render song melodies (Uzbekistan: Musical Traditions of the Karakalpaks, Track 2, "Jew's Harp Solos").

Helen Rees is a professor and director of the World Music Center at the UCLA Department of Ethnomusicology. A specialist in musics of China's southwestern province of Yunnan, she has known He Jinhua for over thirty years and has worked closely with many musicians of the Naxi ethnic group. She has acted as interpreter/presenter for Chinese musicians and scholars at venues such as the Smithsonian Folklife Festival, the Seattle Children's Festival, the Amsterdam China Festival, England's Asian Music Circuit, and the BBC. 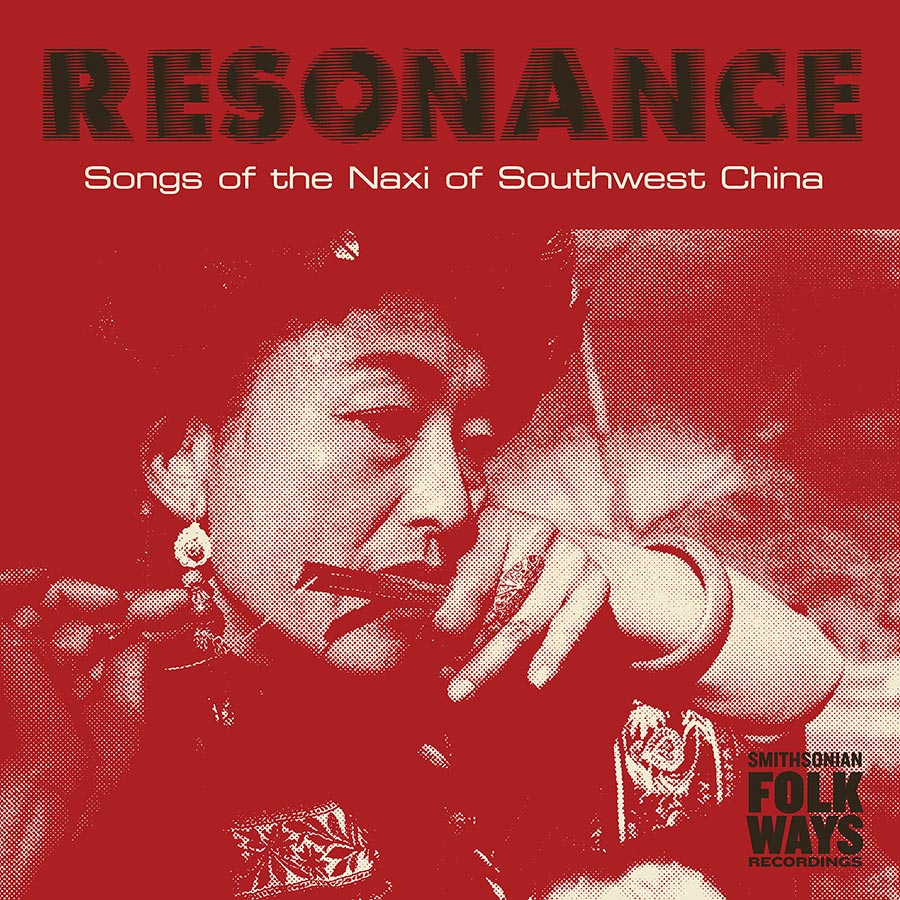