Summary
Soran Bushi, a Japanese work song, allows for exploration into Japanese culture (work song/environment/nature) as well as exploration in creative composition/arranging. This unit takes students on an aural journey from the boats of the Hokkaido fishermen to their own perspective & interpretation, giving students a sense of pulse and rhythm as they compose and arrange, inspired by Japanese traditional music. 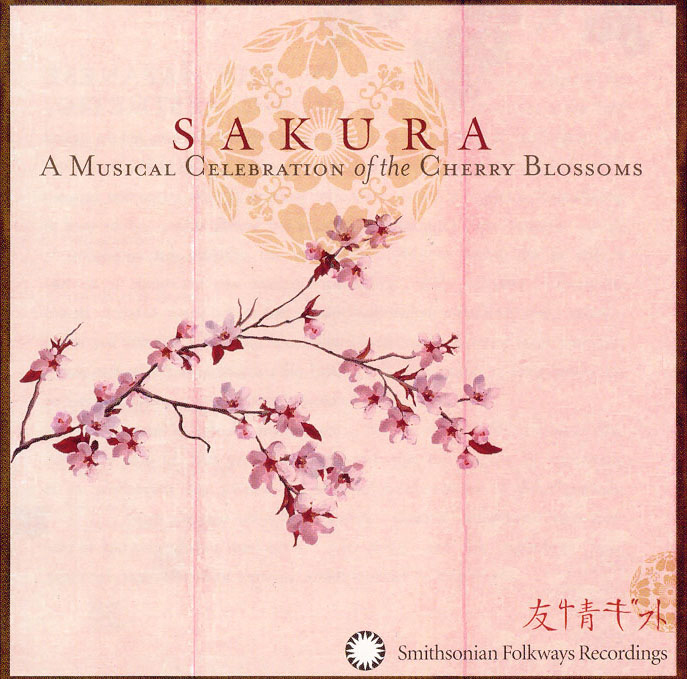 Students describe music selection using WWW (Who? What? Where?) 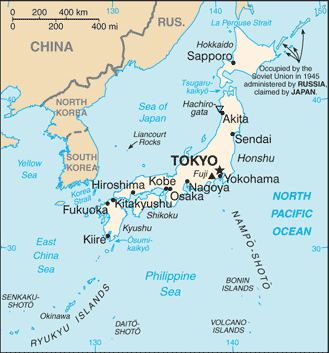 The term “soran” is a called used by fishermen when pulling the herring nets, like “Yo ho” or “Way hey” as used in North American & European sea chantey/work songs. It has no direct translation, but is instead an interjection/work chant. The Japanese island of Hokkaido is famous for is fishing. Going back centuries, migrant workers would fish the waters off of Hokkaido Island. Soran Bushi s a min'yo - folksong, specifically a work song. The word “soran” is called out to coordinate the work efforts of the fishermen. Different songs were sung to accompany different parts of fishing such as rowing, etc. “Soran Bushi” was sung as the herring were transferred from the large drift nets into smaller boats using hand nets. Like many work songs, there can be many lyrics to sustain the work effort. 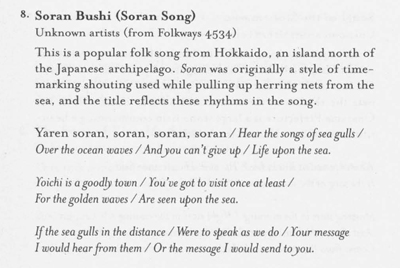 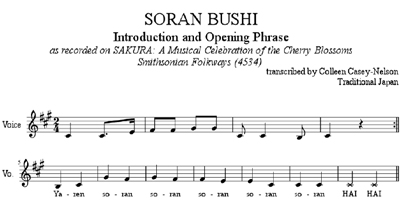 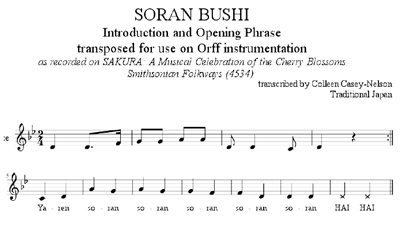 Though Soran Bushi is a work song in Japan, it has also evolved over time to have an accompanying dance. In the folk tradition, the variations of this dance are numerous. Several theories exist about the origin of the dance. Consistently, it is credited to Hokkaido, where the song, itself, originated. It has been performed for several decades, but is recently quite popular and can be seen consistently at local bon dances and matsuri festivals. The dance can be very complicated, though many versions exist, some more accessible than others. It is suggested that the teacher select a video of the dance that best suits their students' abilities. 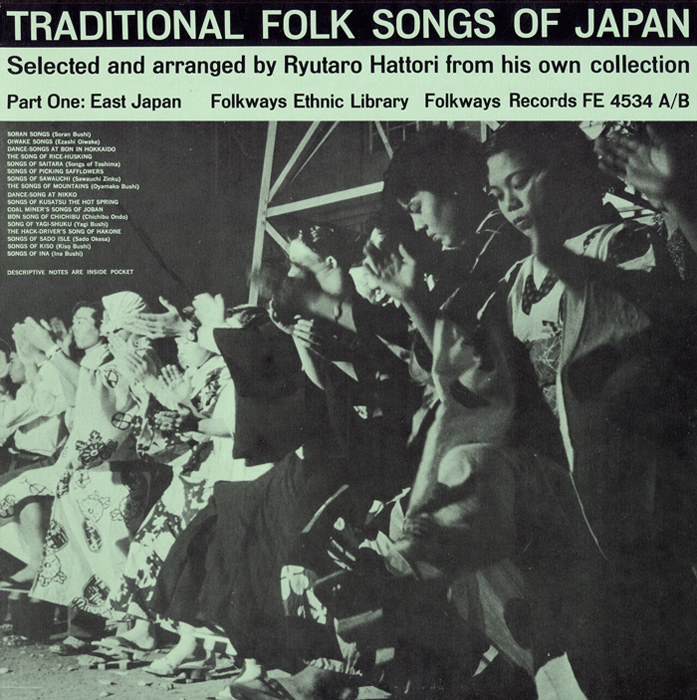 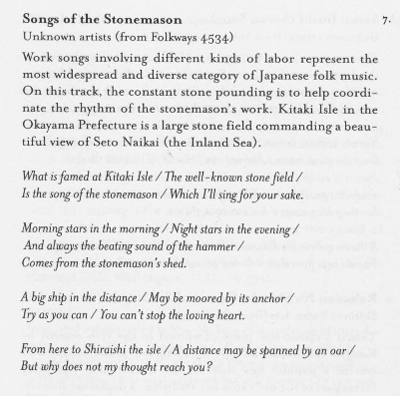 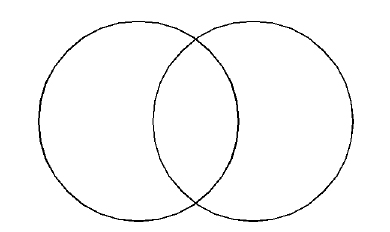 4. Sea and Stone and Poetry 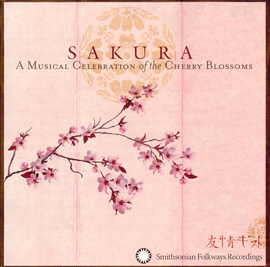 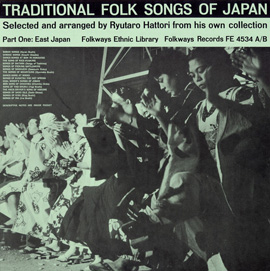