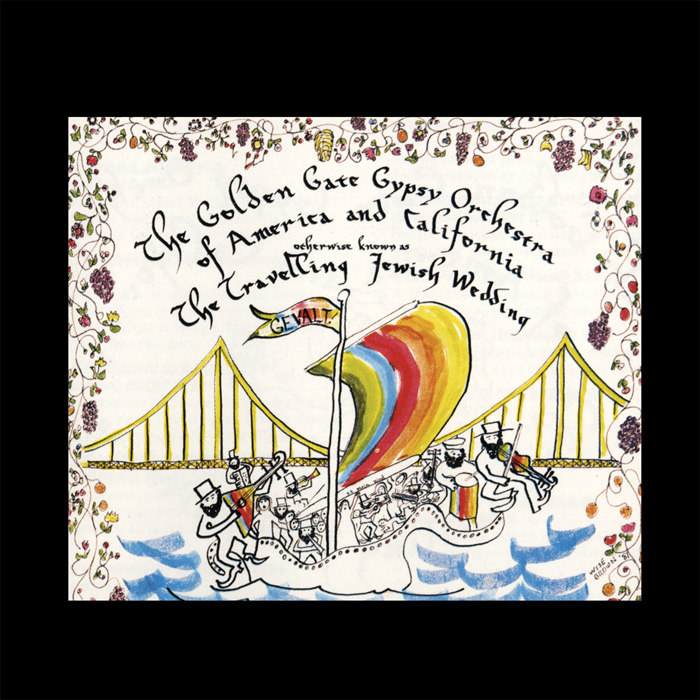 The Golden Gate Gypsy Orchestra of America and California was an itinerant band of engineers, doctors, teachers, and musicians who played their music at weddings, Bar Mitzvahs, and other celebrations. Formed in 1976 by friends who shared a love of Yiddish, Russian, and Rom (Gypsy) music, the band was among the first of its kind to blossom in California. Violin, lute, balalaika (a triangular, stringed lute), contra-bass balalaika, bouzouki (a pear-shaped, long-necked lute), accordion, domra (another long-necked lute), and guitar accompany singers from Israel, Russia, and Mill Valley. Tracks include Russian and Ukrainian folk songs, an Israeli love song inspired by King Solomon's Song of Songs, a ritual circumcision song in Ladino (the language of the Spanish Jews), and a classic Yiddish riddle song ("Tumbalalaika") about the mysteries of the heart. The album was originally issued in 1980 and later reissued as part of “THE WORLD” series (now part of the Mickey Hart Collection made available by Smithsonian Folkways).