Annanmar Katai - The Birth of the Queen's Triplets (Six Excerpts) 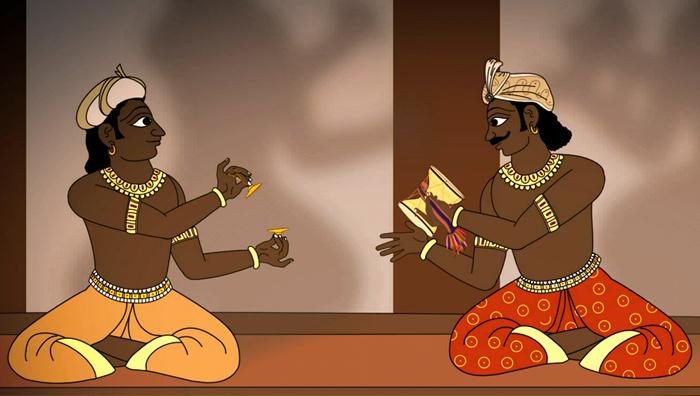 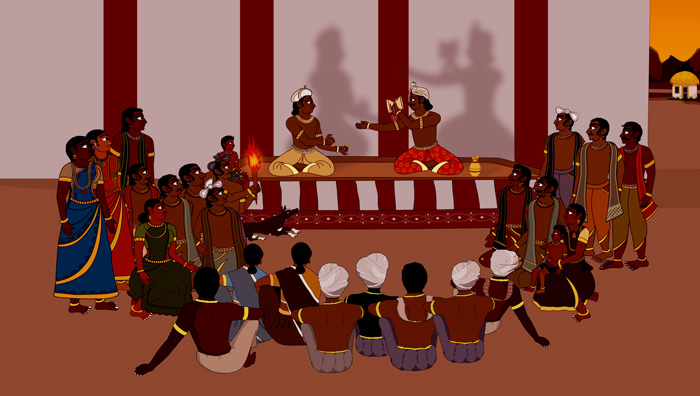 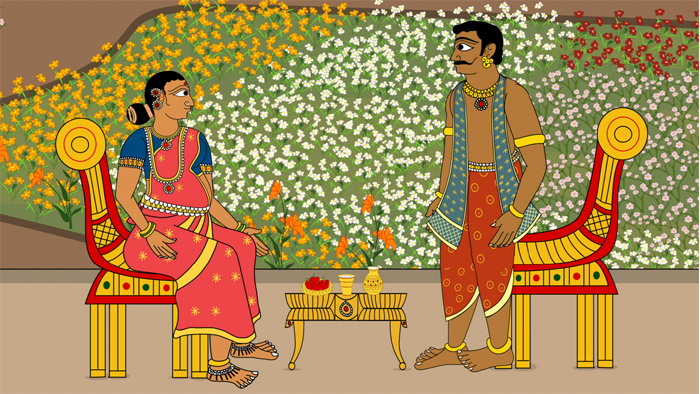 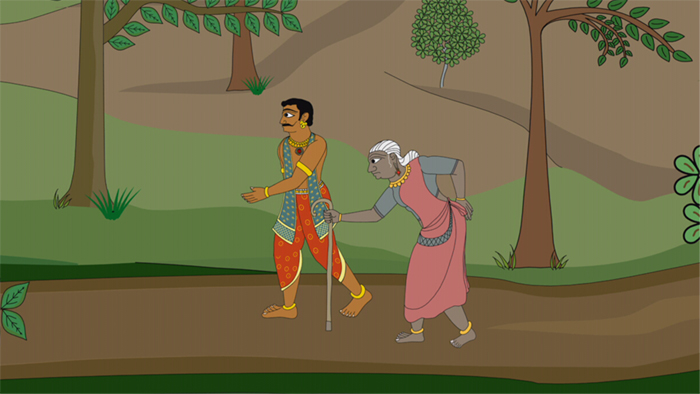 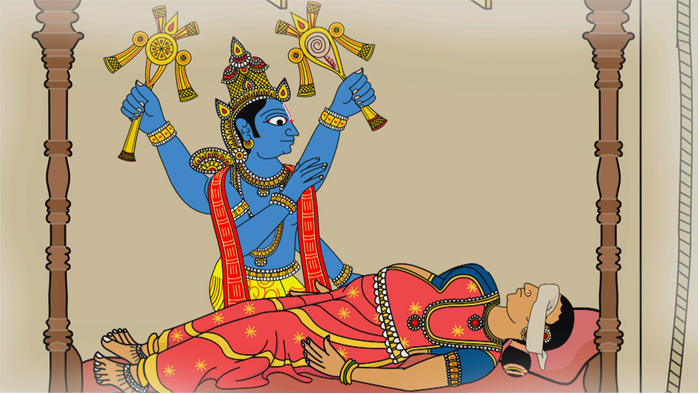 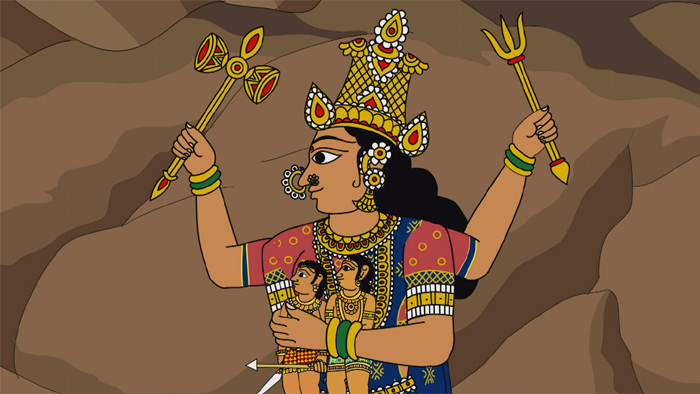 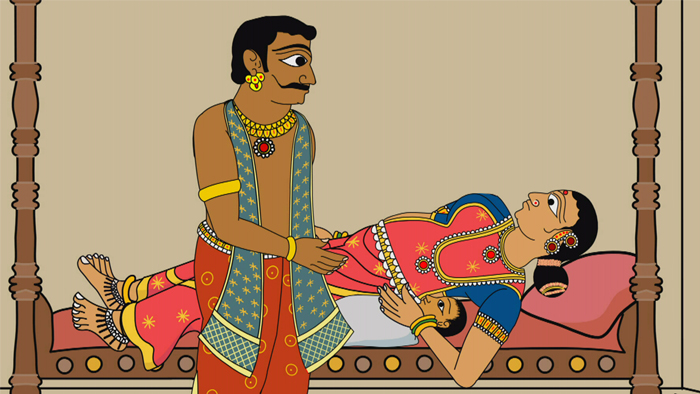 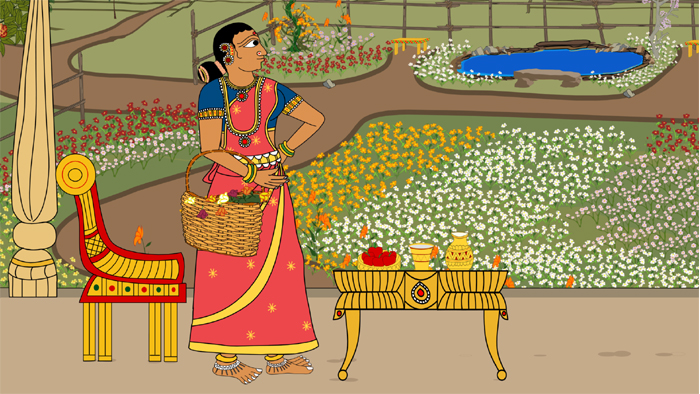 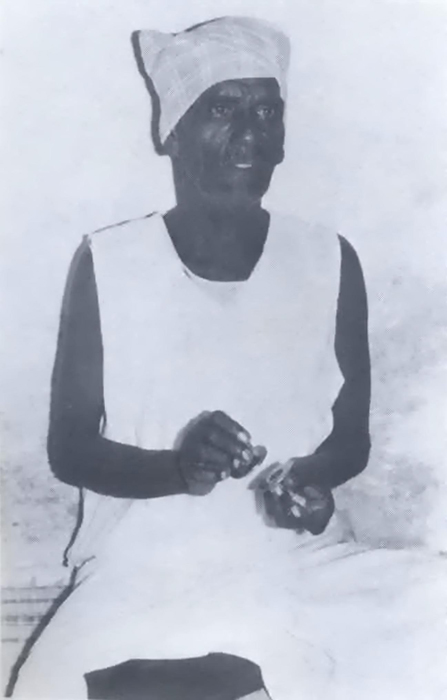 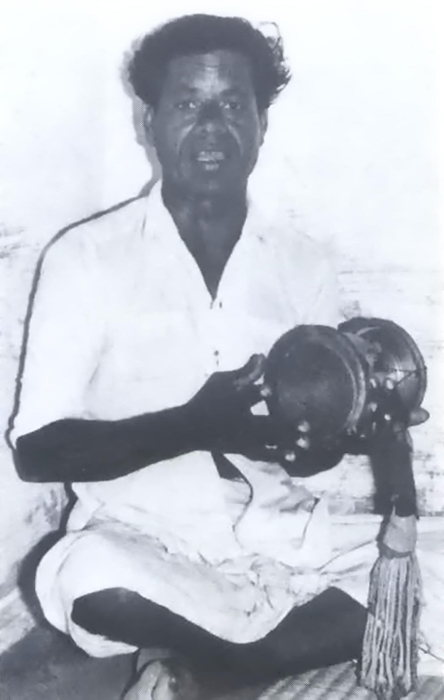 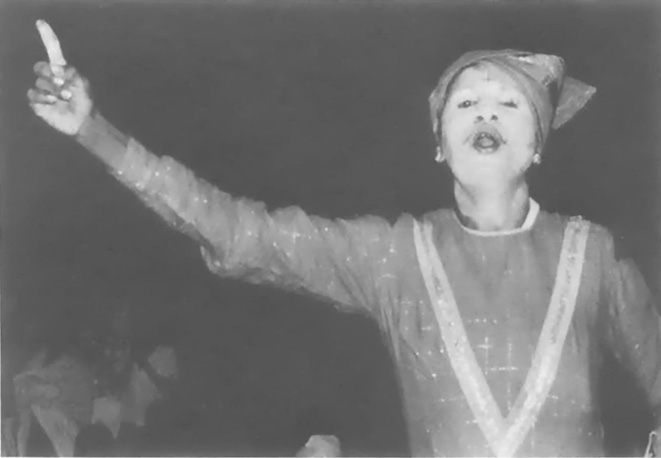 View Cart Digital Download $5.94
The epic tale Annanmar Katai, which translated means "the story of the elder brothers," begins with the grandfather, who is given land by a Chola king for loyal services. His brothers are granted land too, but they continuously covet their eldest sibling’s more fertile share. Thus begins three generations of jealousy. The grandfather's position is soon weakened because his wife bears no children. The gods Shiva and Vishnu are sympathetic to his suffering and eventually create a child for him. But that boy loses his parents when he is only five and is subsequently forced off the family lands. Lord Vishnu helps him through years of hardship, and finally he is able to marry a lovely bride. Together the newly wed couple re-establish the family's fortunes. But then the wife learns that she is barren too. The reason for this multi-generational infertility: It is a "punishment" generated by an inadvertent act of the grandfather that ended up killing seven sacred cows. After a long penance, Lord Shiva finally grants the queen-mother magical triplets, two sons and a daughter. Her grandsons, born fully capable of walking and talking, defeat various challengers and eventually become good rulers. However, as a result of their sister's wish for a parrot, they eventually take up battle against a group of forest dwellers and their ally, a magical boar. When their fated sixteen years of life are over, these twin grandsons sacrifice themselves and give up their lives willingly to the gods. Their sister performs their funeral rites and all three become local divinities. A major annual festival is performed in their honor, to this day.

The six short audio extracts from this 32 hour full performance are made available here. They have all been taken from one "episode" in the larger story and describe events located somewhere near the middle of this great oral epic. The excerpts pick up the story at the point where a set of three divinely "implanted" children (two boys and a girl) are about to emerge from the womb of the queen-heroine. The first two excerpts occur prior to the birth scene and four more follow that dramatic moment. Her twin boys arrive via a divinely executed Caesarean and the girl follows quickly behind them. By contrast, however, she is delivered in "the natural" human way. Each of the six audio bits has been selected to illustrate a distinctive sub-style of performance used by the two bards during a traditional story telling session.

These recordings were gifted to ARCE by Dr. Brenda Beck. An animated version of this folk epic is now in production under her direction. This new work has been given the name The Legend of Ponnivala. See www.legendofponnivala.com for details.