Israeli Song and Dance for Middle or High School Ensembles

Summary
Students will be introduced to Jewish folk music through singing, playing, and dancing a traditional arrangement of “Al Tiruni” and participating in guided discussions of Jewish history and cultural heritage. 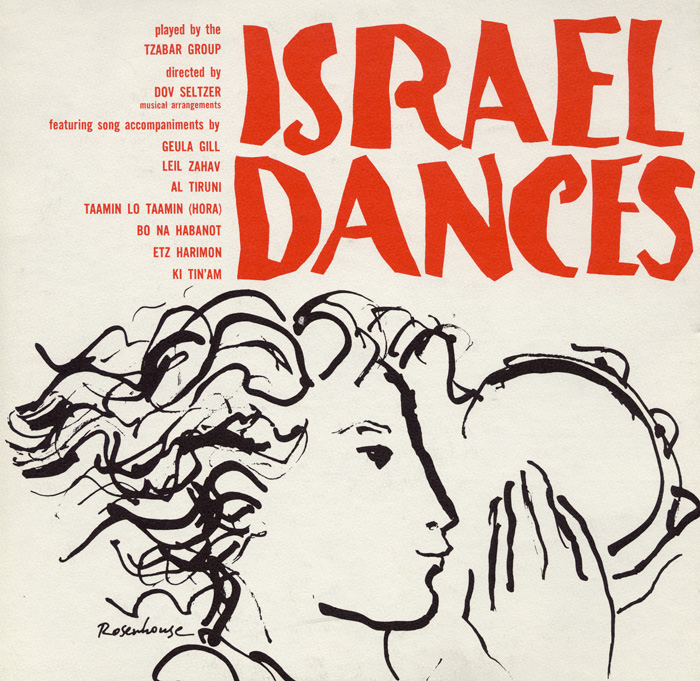 b. Students can vary their written accompaniment parts, if they have mastered the original

c. Demonstrate common motions and gestures in Jewish dance (information from "Tantsn Is Lebn": Dancing...” and in CD liner notes)

Consider bringing in culture bearers from the community, or visiting local performance of Jewish folk-music or Klezmer

Explore further the relationship with dance and music, and compare across multiple cultures

Folklore, Folklorism, and Synchronization: Preserved-Created Folklore in Israel
“The invention of Israeli folk dances and their distribution to the public were part of a social movement, a national project to create a new physical and cultural Israeli identity...Contrary to commonly held notions regarding folk-lore, and folkdance in particular, as having deep historical roots, the dances that are danced in Israel and throughout the world as "Israeli folkdances" are relatively new, no more than sixty years old. These new dances, however are based on a cluster of components that were borrowed from older Jewish and non-Jewish ethnic, religious, and folkdances.”

“The popular character of Israeli folk dancing today reflects the many changes in Israeli culture and society. For the older generation, to be an Israeli meant kibbutz life, socialism, agriculture, and volunteerism, all themes that found their way into Israeli folk dances. For the younger generation, values of globalization, Americanization, commercialized culture, and striving for material success find their way into new Israeli folkdances.” (Roginsky, 2007)

Brief History of Israel and the Jewish People
“After the exile by the Romans at 70 CE, the Jewish people migrated to Europe and North Africa. In the Diaspora (scattered outside of the Land of Israel), they established rich cultural and economic lives, and contributed greatly to the societies where they lived. Yet, they continued their national culture and prayed to return to Israel through centuries. In the first half of the 20th century there were major waves of immigration of Jews back to Israel from Arab countries and from Europe. During the British rule in Palestine, the Jewish people were subject to great violence and massacres directed by Arab civilians or forces of the neighboring Arab states. During World War II, the Nazi regime in Germany decimated about 6 million Jews creating the great tragedy of The Holocaust.”

“In 1948, Jewish Community in Israel under the leadership of David Ben-Gurion reestablished sovereignty over their ancient homeland. The Declaration of Independence of the modern State of Israel was announced on the day that the last British forces left Israel (May 14, 1948).” (Online)

Jewish Folk-Songs
“Practically all folk-music of the Jew is modal or in the minor mode. This peculiarity cannot be attributed entirely to the antiquity of the modes, but rather to the psychology of the people. Centuries of political dependence upon other nations, with almost ceaseless persecutions, have turned the attention of the Jews from external things to a study of the inner man. This change of attention has resulted in a soberness, seriousness and sadness, that is characteristic of the race.”

“There is no doubt that these folk-songs reveal the Jewish racial experience. They show the same vividness and intensity which characterize the Jew's religion. They move along with anxious tread, manifesting the super sensitiveness of the Jew neurologically. The firm, steady, and unswerving tread of the Anglo-Saxon folk-song is absent in the Jewish folk-song. We can feel the more sensitive and nervous make-up of the Jew from the tonal movement of his songs. We can understand the extent of his suffering from these unconscious revelations. No, the Jew is not stodgy or stolid, and his attempts at self-expression through music reveal him as he is.” (Kwalwasse, 1925)

"Tantsn Is Lebn": Dancing in Eastern European Jewish Culture
“Hallmarks of that style include: posture with slight arching of the torso; the upper torso (primarily the shoulder area) rotated to face the front diagonal; the head sometimes tilted slightly back and/or rotated to one side, often to contrast with the shoulder area rotation; arms and hands raised above shoulder level; gestures with the hands involving much flexicon or rotation of the wrist; wimple weight shift and stepping variations, sometimes including kicks, jumps, or leaps, or with one’s center of gravity at low and middle levels.” (Friedland, 1986) 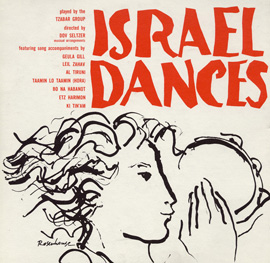