Summary
This unit focuses on the jíbaro music of Puerto Rico. Students will learn to identify the characteristic instruments, rhythms, and sound of jíbaro music, as well as appreciate the improvisatory skills of the poet/singers known as trovatores. Students will listen, perform, analyze, and create original verses using a common jíbaro poetic structure (the seis). This unit will also highlight important theme of social justice, which is often the topic of jíbaro songs.

*This objective is for more confident and advanced musicians. Not all students will gain the skills necessary to improvise in the four lessons of this unit.

Videos: (free downloads from iTunes U):

Assessment: Can students accurately perform parts of the song “Seis Mapeyé” by ear? Can they identify the different instrument timbres typical to jíbaro music? Can they recall contextual information about jíbaro music (where it comes from, when it became popular, who listens to it today, etc.)? 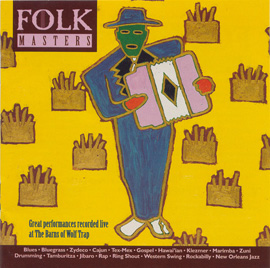 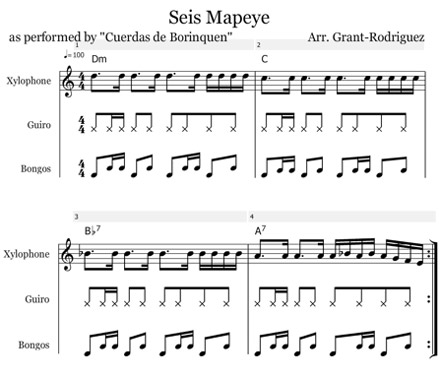 * The part can also be simplified in the fourth measure by having students play the rhythm that is written but stay on the A instead of playing the moving sixteenth notes. It is helpful for the teacher to reinforce the harmony by playing the chords on the guitar or piano if students are only able to play the bass line.

Assessment: Did students compose verses that followed the seis format (rhyme scheme and repeated lines)? Did students communicate a clear message of social justice through their verses? Were they able to speak/sing their verses with the jíbaro instrumental parts?