Roots of the Grateful Dead from Smithsonian Folkways

The Grateful Dead, celebrating their 50th anniversary in 2015, have inspired a passionate and enduring fan base that stretches around the world. The band’s repertoire reveals myriad influences from traditional American (and a few non-American) genres, and band members frequently cited Folkways Records as a direct inspiration. Listen to recordings from the vast Smithsonian Folkways collection that can be linked directly to the Dead’s songbook.

“The direction I went into music was Folkways Records, field recordings, that sort of thing, and old-time blues and old-time country music, and I got very serious about it for a long time.” – founding member Jerry Garcia (1972 interview, from the book Garcia: A Signpost to New Space). 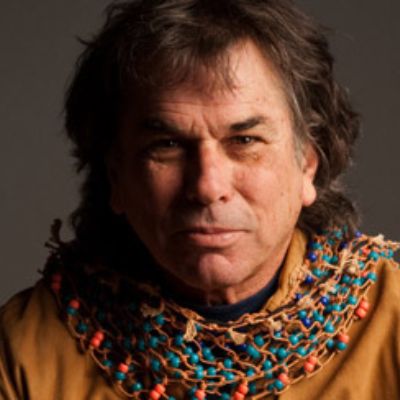 Playlist: Roots of the Grateful Dead

The Grateful Dead’s version of this traditional tune was the first single on their debut, self-titled album, released in 1967. Originally recorded by the Mississippi Sheiks in 1930, this version, performed by influential guitarist Doc Watson, is from 1961.

This traditional song has stuck with the Grateful Dead from the beginning. It appeared on their debut album in 1967, and the Dead continued to perform it throughout the rest of their career. Dillard Chandler was a legendary balladeer from Madison County, North Carolina, and was recorded by John Cohen in the early 1960s. (Cohen, a member of influential folk revival group The New Lost City Ramblers, is said to have inspired the Dead’s original tune, “Uncle John’s Band.”)

Canadian folksinger Bonnie Dobson wrote this song in 1961 about an imagined post-apocalyptic morning. Grateful Dead singer/songwriter/guitarist Jerry Garcia first heard the song via a 1964 recording made by Fred Neil (McNally, Long Strange Trip). The Grateful Dead recorded it on their self-titled 1967 album and performed it regularly until the 1990s.

This blues standard has been covered by many artists before and after the Grateful Dead. Tampa Red’s version from 1940 is perhaps the definitive version, though the Grateful Dead cite Elmore James as their source. Big Bill Broonzy was mentored by Tampa Red in Chicago and likely learned the song from him.

Jerry Garcia played this traditional blues with his pre-Grateful Dead bands, and the Grateful Dead performed it on and off throughout their career. The song goes back at least to the Shelton Brothers’ 1930s recording, and was recorded by several artists leading up to the 1960s, including Jerry Lee Lewis. Guitarist and singer Red Allen, a native of eastern Kentucky, emerged on the bluegrass scene in the late 1950s and, together with virtuoso mandolinist, Frank Wakefield, recorded several times with Folkways Records.

Jerry Garcia got his start playing traditional bluegrass and old-time banjo, and this instrumental was in the repertoire of his pre-Dead group, The Black Mountain Boys, circa 1964. Sonny Miller, hailing from Delaware, was a professional fiddler in the country/bluegrass circuit for several decades, playing with Mike Seeger and Del McCoury. Miller was also a champion of the Galax Old Fiddlers’ Convention.

This is another bluegrass tune Jerry Garcia played with his early bands and with the Grateful Dead. Charlie Monroe, Bill Monroe’s older brother, wrote the song.

Jerry Garcia allegedly learned this traditional song while on the “Festival Express,” a multi-artist music festival that traveled through Canada via train in 1970. The traditional 16-bar blues tune was recorded as early as 1923. David Johnson, a multi-instrumentalist and singer from North Carolina, is joined by family members on this recording in a traditional old-time style.

9. “The Bonnie Lass of Fyvie” – Ewan MacColl and Peggy Seeger

The Grateful Dead began performing this traditional Scottish ballad in the early 1970s under the title “Peggy-O,” which was used by Bob Dylan for his arrangement. Ewan MacColl learned this song from his father and other family members as he did much of his repertoire.

This is an example of traditional themes and phrases making their way into original lyrics by Robert Hunter on the Dead’s concert staple, “Deal.” The definitive recording of “Don’t Let Your Deal Go Down” is Charlie Poole’s 1929 rendition for Columbia Records, though it has earlier roots as a gambling song in the African American song tradition. Brothers Sam and Kirk McGee were long time performers at the Grand Ole Opry and played with such legendary groups as Uncle Dave Macon and His Fruit Jar Drinkers.

Grateful Dead drummer Mickey Hart made this recording while the band was in Egypt performing concerts at the pyramids in Giza. The piece itself was recorded on Mosquito Island, Aswan, Egypt, and is part of a 25-album collection donated to Smithsonian Folkways by Hart.

Bob Weir brought this calypso, written and originally recorded by Norman “King Radio” Span, into the Dead’s repertoire in 1982, and they continued to perform it for the rest of their career. This selection comes from Smithsonian Folkways’ Cook Collection, an archive of the recordings produced by Emory Cook and his affiliated record labels.

Grateful Dead singer/songwriter/guitarist Bob Weir sang this blues/gospel standard on the 1977 album Terrapin Station. Reverend Gary Davis, a blind New York City street musician and preacher, mentored many Greenwich Village folk revivalists. Davis learned the song from a Blind Willie Johnson recording and helped bring it into the public eye via many of his students.

Although the Grateful Dead attribute “Dark Hollow” to a 1958 Bill Browning tune of the same name, the song has obvious roots in Appalachia. “East Virginia” has a similar theme and melody and shares this verse: “I’d rather be in some dark hollow / Where the sun would never shine / Than to see you with another / And to know you’d never be mine.” The New Lost City Ramblers’ bluegrass harmony and instrumentation on their version of “East Virginia” is evident in the Dead’s version, sung by guitarist Bob Weir.

Jerry Garcia sang this on the 1981 live album Reckoning and on many of his solo projects. Elizabeth Cotten, a Carrboro, North Carolina native and guitarist/folksinger, contributed this and many other songs to the American folk repertoire, including “Freight Train.”

The Grateful Dead closed with this number throughout their career. Although recent versions of the song show a strong basis in the Bahamian tradition, the lyrics for “Bid You Goodnight” date back to a British poem of the 1800s. The arrangement heard here is very similar to the Dead’s.

Sources for song notes include Smithsonian Folkways liner notes, books on/about the Grateful Dead, and the Grateful Dead official website (dead.net). Due to licensing restrictions, recordings from the Anthology of American Folk Music, compiled by Harry Smith and a key influence on the Dead, are not included.