“This music is not a dusty museum relic, but a vital heartbeat for a group of folks who truly have one foot on either side of the border and live a daily code-switching identity.”
—NPR Alt.Latino

Los Texmaniacs is quick to point out that Cruzando Borders, their third album for Smithsonian Folkways, is more than music; it was crafted to send a message. Prompted by negative public rhetoric about the U.S.–Mexican border and Mexican culture, and inspired by the transcendent brotherhood and exquisite beauty of the border life they have experienced, Los Texmaniacs have created an album that asserts pride in both their native Mexican culture and U.S. nationhood.

Bajo sexto master Max Baca, who cut his teeth with the hit-making, crossover band The Texas Tornados, founded Los Texmaniacs in 1997. He sought to form a group that espoused the traditions of Tejano music he grew up with and combined them with elements of blues, rock, country and jazz. He enlisted his nephew, Josh Baca, a highly skilled accordion player who, on Max’s urging, absorbed the fundamental style and repertoire of the deep conjunto tradition – old-time Tejano polkas, redovas, chotises (schottisches), waltzes and huapangos – to create what Josh calls his “Texas gumbo – my own posole” (Mexican hominy soup).

The Bacas added drummer and multi-instrumentalist Lorenzo Martínez, who brought to Los Texmaniacs a style that incorporated both Mexican and Chicano cultures as well as American grooves (he’s a hardcore James Brown fan). Next came multi-instrumentalist Noel Hernández, who developed his skills as a performer deep in the heart of conjunto country in the Rio Grande Valley. Hernández’s virtuosic abilities and vast musical heritage made him a natural fit.

END_OF_DOCUMENT_TOKEN_TO_BE_REPLACED

While Cruzando Borders sees Los Texmaniacs rededicating themselves to the sounds that first influenced them, it is by no means an exercise in rote traditionalism; you can feel the band finding new facets in the conjunto form. On the crackling instrumental “La chicharronera,” Max and Josh duet majestically on bajo sexto and accordion while paying tribute to the song’s composer, Narcisco Martínez. That track, along with the zesty chotís (schottische) “Labios de coral” and the redova “El porrón,” point to the enduring social dance tradition that goes along with the music.

Throughout the album, on rousing cuts such as “Pablo de monte” and “El bracero fracasado,” a bold narrative emerges as the band explores the often tragicomic tales of cross-border life. On the aching ballad “Across the Borderline,” made famous by Willie Nelson and Freddy Fender, Max Baca’s supple voice is the perfect counterpoint for guest singer Rick Fuentes as they imagine a life where “every street is paved with gold, and it’s just across the borderline.” Lyle Lovett’s plaintive lead vocals highlight the wistful campfire folk tune “Deportee,” with its evocative lyrics penned by Woody Guthrie. (Guthrie was inspired by a 1948 news article about a plane crash involving 28 unnamed migrant Mexican farm laborers who were being repatriated. The song itself has recently been featured in the news after artist Tim Z. Hernandez revealed the deportees’ real identities.)

The delicate yet defiant country-laced ballad “I Am a Mexican” boasts lead vocals by its writer, Rick Treviño, and Max Baca calls it “a perfect example of the whole concept of this album. It says, ‘I am a Mexican, and God bless America.’” “Mexico Americano” is an irrepressibly upbeat polka peppered with Max and Noel’s passionate singing. Summing up why it’s the album’s opening track, Josh Baca says, “It’s a beautiful song because it identifies who we are. My grandparents on my mother’s side were born and raised in Mexico and moved over here to America to better their lives. That side of my family taught me that there’s more to life than just playing the accordion…values in life, morals. And the record represents that.”

With Cruzando Borders, Los Texmaniacs make good on their mission to champion their musical and cultural heritage with deep, abiding pride and dazzling artistry. The album is as inspiring and soul enriching as it is timely and timeless. 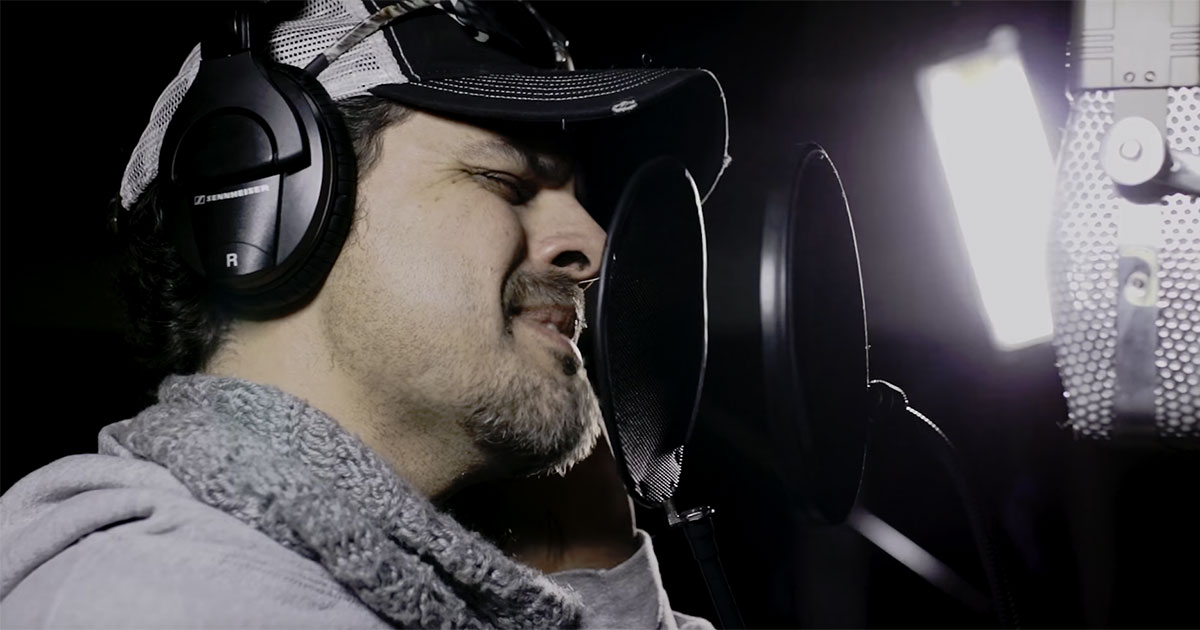 “I Am a Mexican (feat. Rick Treviño)” by Los Texmaniacs.
More videos