Tony Schwartz was arguably the second greatest sound recordist in American history. The only person more important was Alan Lomax, and in some respects they resembled each other. Schwartz and Lomax were both great humanists, and both, as the saying goes, had “big ears”: they were able to find value and meaning in an unusually broad range of sounds. Both lived long lives, too—Lomax died at the age of 87 in 2002, Schwartz at the age of 84 in 2008. And during those long lives, both recorded extensively—indefatigably, even—such that both amassed enormous personal archives, and both of those archives now reside in the Library of Congress. The Lomax collection contains some 6,400 sound recordings; the Schwartz collection, which is still being catalogued, contains in the neighborhood of 30,000. Both men were practitioners cum theorists. And both, in their politics, were radical pluralists and, in different ways, internationalists.

In other respects, however, Schwartz was not Lomax’s twin but his opposite. Whereas Lomax did most of his recording in rural areas, Schwartz’s milieu was New York City. Whereas Lomax roamed the world, Schwartz suffered from agoraphobia and found it difficult to venture outside his own Manhattan neighborhood, on the west side of Midtown. Whereas Lomax explored the world of music, Schwartz, it might be said, was more interested in sound and media. Whereas Lomax dedicated nearly all of his professional life to working as a folklorist and sound collector, for Schwartz, sound recording was an avocation, a labor of lifelong love, which he explicitly refused to make his livelihood, for fear that doing so would corrupt the kinds of sounds he would record. Professionally, Schwartz worked as an advertising consultant and media theorist. He designed Lyndon Johnson’s notorious “Daisy” commercial in 1964 and racked up a long list of achievements in commercial and political advertising besides. As a media theorist, he broke new ground with ideas about affect and the relationship between aural and visual perception. Lomax’s impulses were atavistic; he longed for music untouched by modernity. Schwartz was a modernist; Marshall McLuhan called him “the guru of the electronic age.” If that’s not enough, Schwartz also did sound design for Broadway plays and for an Academy Award-winning film, Frank Film, in the 1970s.

Schwartz bought his first sound recorder, a Webster, in 1945, and immediately began making amateur, informal recordings. Soon, he modified his apparatus so that it could be powered by a portable battery, thereby rigging up what may have been the world’s first portable tape recorder. In the years that followed, Schwartz came to develop a technique for using tape recorders similar to that of a skilled photographer. He carried a small recorder with him wherever he went and had the sensibility to use it, either overtly or covertly, at any moment. In his estimation, he could begin recording within fifteen seconds of becoming aware of a situation, and indeed, he snapped on his recorder at moments such as when a taxi in which he rode got in a traffic accident; when a fire broke out in his apartment building; and during a bank robbery in his neighborhood bank. (This last recording, alas, consisted mainly of a heavy pall of silence and the bank’s Muzak system playing in the background.)

To convey, even hastily, the breadth and character of his sound recording work is not easy. Today, he is best known for the eleven records he released on the Folkways label in the 1950s and 60s, and one on Columbia. The first, from 1954, was New York 19, featuring an eclectic variety of recordings all made within Schwartz’s midtown postal code (today, the zip codes 10036 and 10019). In the first cut on the record, he explained his rationale for doing the kind of recording that he did:

In subsequent years, other records followed, such as  1, 2, 3 and a Zing Zing Zing: Street Games and Songs of the Children of New York City; Nueva York, described as a “tape documentary of Puerto Rican New Yorkers”; World in My Mail Box, consisting of recordings people sent him from around the world; A Dog’s Life, a humorous documentary in which Schwartz adopts a dog and gets a crash course in New York dog culture; and Music in the Streets, featuring street musicians, Washington Square folkies, religious worshippers, parade goers, and a range of other street sounds, such as the cries of sidewalk pitchmen, whose sonority Schwartz sought to celebrate. The record that came out on Columbia was The New York Taxi Driver, consisting of stories and pearls of wisdom from in-cab interviews. In 1959, this record reached the Top Five on the Billboard charts (in the category of “Documentary or Spoken Word Other Than Comedy.”) According to an article by Nat Hentoff the same year, Schwartz had numerous other albums in the offing too, including “an album on the folklore of food, involving sound expeditions to foreign restaurants; a study of a pawnshop and its clients; a survey of superstitions; an investigation of what children think of their teachers; and an album of people’s reactions to radio and television.” Sadly, none of these ever appeared.

But there were other outlets for his work and other projects too. At one point, he received a grant for nearly $100,000 from the National Endowment for the Arts to work with a group of high school students to capture the sounds of Eighty-Sixth Street, from river to river, over an entire year. Meanwhile, he remained just as enthusiastic about sharing his recordings as he was about accumulating them. For twenty-six years, from 1946 to 1972, he did a short weekly radio program on WNYC, and for six years, he presented his sounds on Saturday nights at a midtown nightclub called the Baq Room, which was financed in part by Tennessee Williams and Marlon Brando and, for a time, was an A-list celebrity hot spot. On other occasions, he gave programs at the Museum of Modern Art, Town Hall, and the New York Jewish Guild for the Blind. In other words, for all the recording he did, Schwartz was not a fetishizer or a hoarder; he worked with his recordings creatively and actively and shared them with others as widely as he could.

If Schwartz was thinking about sound in novel ways in the postwar period, he was not altogether alone in doing so. His work emerged alongside Emory Cook’s high-fidelity recordings of trains and storms, issued on his eponymous Cook label, and the recordings of Moses Asch’s Folkways label, issuing not just music and spoken-word records (including Schwartz’s) but also the sounds of frogs and fish and insects, the sounds of the office and of the junkyard, and sounds of the ionosphere and of outer space. His work also bore an affinity with that of John Cage, particularly the latter’s Imaginary Landscape pieces and 4’33”; with the musique concrète experiments of Pierre Schaeffer; with the tape compositions of Karlheinz Stockhausen; and a few years later, with the BBC Radio Ballads, by Ewan MacColl, Peggy Seeger, and Charles Parker.

Schwartz understood sound above all as a means of expression and communication. As a result, aurality was generally his underlying concern, not acoustics—that is, sound as it related to hearing was what interested him most, not sound in its manifest physical properties. When he was a teenager, Schwartz had taken up ham radio as a hobby, but had tired of it quickly, as he discovered that most ham enthusiasts were more interested in the technology than communication. “When I spoke to someone in Africa, Texas, or Australia,” he recalled, “they would ask about the equipment I was using or the quality of the signal being received. I would ask about the work they did, the food they ate, the local folk songs, and … what life was like in their part of the world.” Years later, the artist Ben Shahn said of him, “Above all, [Tony] loves people... Even mechanical sounds become intensely human when Tony picks them out.”1

Heard from the year 2013, what stands out about Schwartz’s work is his little-recognized iconoclasm, his polite radicalism. In an era of mass suburbanization, Schwartz celebrated the city—a kindred spirit of urbanist Jane Jacobs and photographer Helen Levitt. In a time of great conformity, Schwartz vaunted eccentricity, befriending and championing musicians such as Moondog, the blind street musician and composer known as the “Viking of Sixth Avenue.” Schwartz listened to the city with a benevolent catholicity. In an age of powerful normative Americanness, Schwartz embraced accents and foreign languages. Indeed, in much of his work, he both called attention to and disturbed the social and cultural boundaries that were becoming, in the postwar years, increasingly reified. And in a changing media environment, Schwartz offered a sonic counterpoint to the ascendance of television. Or to put it in Marshall McLuhan’s language, which would later become profoundly important for Schwartz, as public communication was increasingly influenced by the “hotness” of television, Schwartz’s experimentalism signified a rebirth of the “cool.”

David Suisman is the author of “Selling Sounds: The Commercial Revolution in American Music” and co-editor of “Sound in the Age of Mechanical Reproduction.” He is associate professor of history at the University of Delaware and an occasional DJ at freeform radio station WFMU. He lives in Philadelphia. 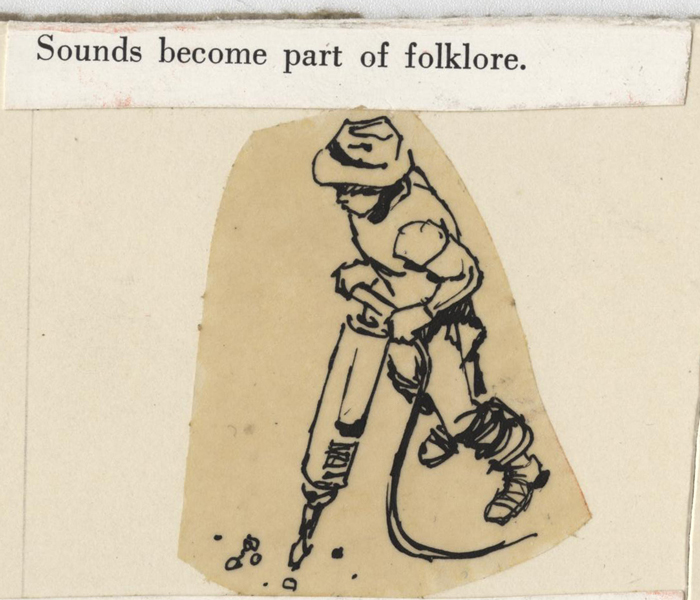 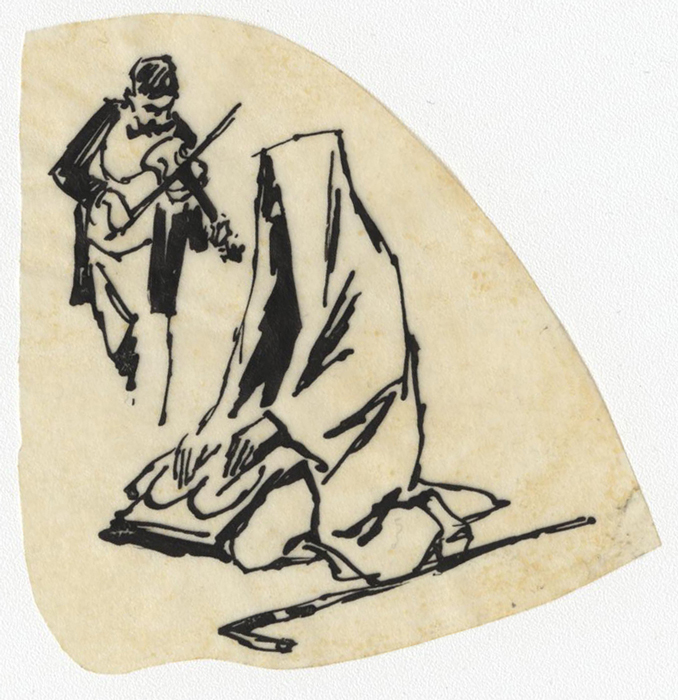 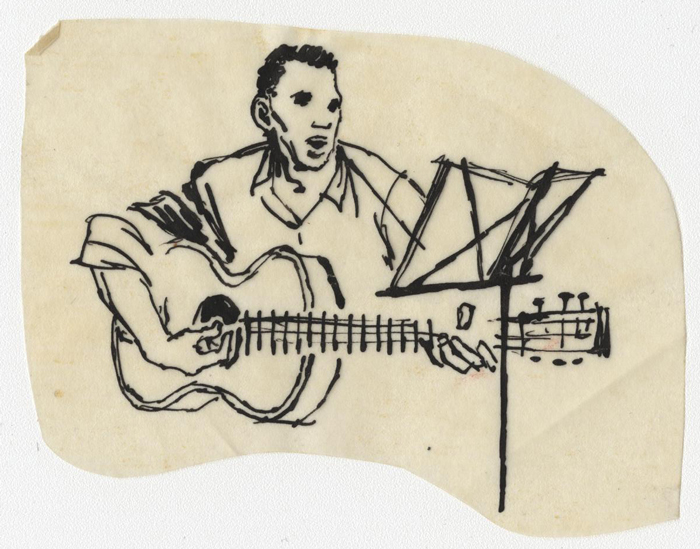 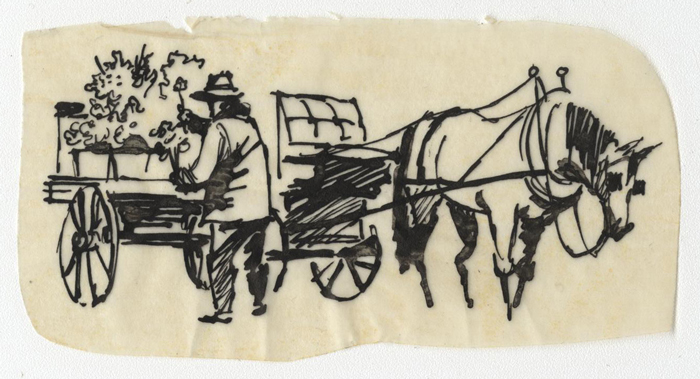 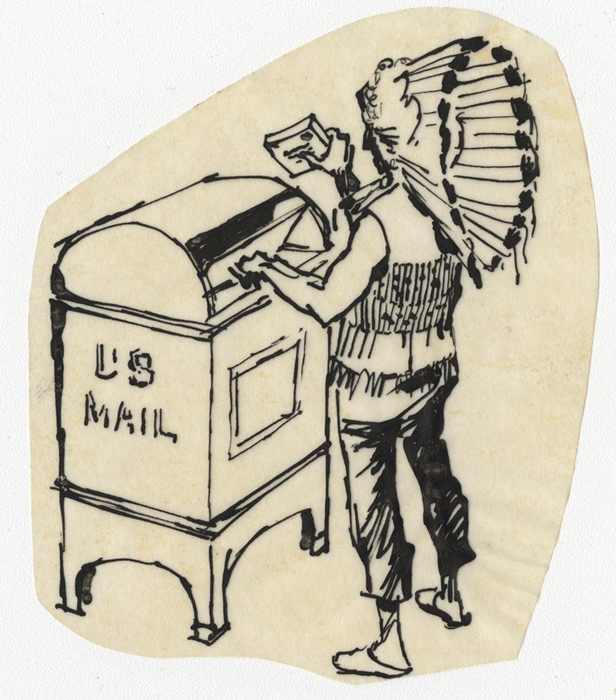 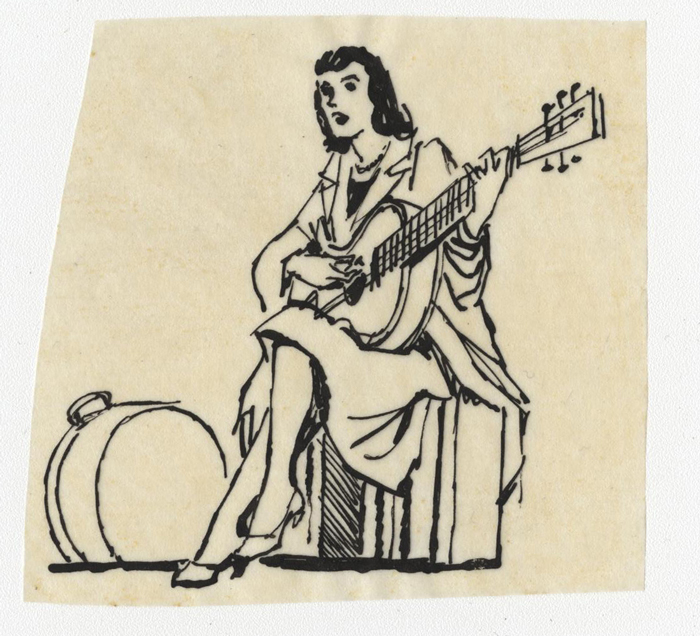 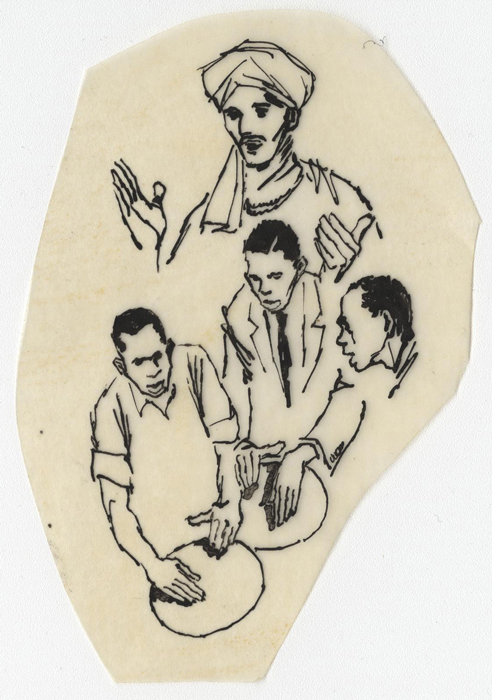 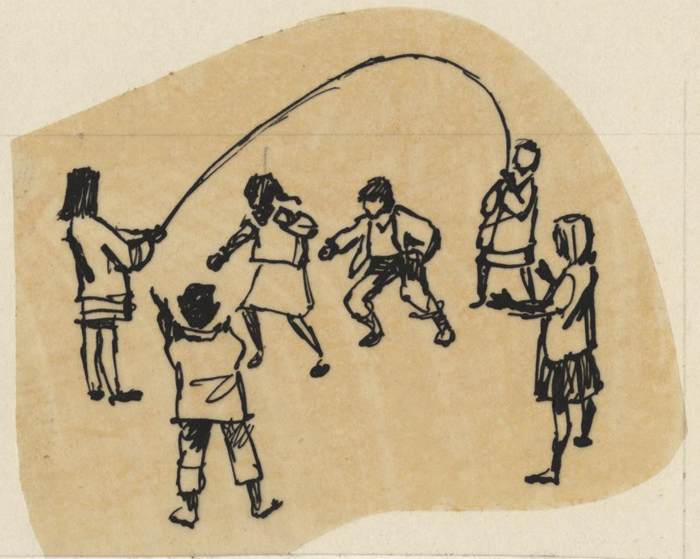 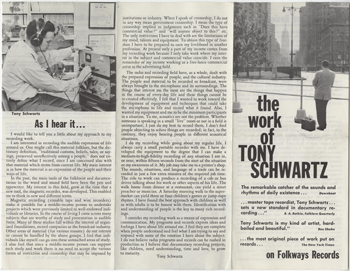 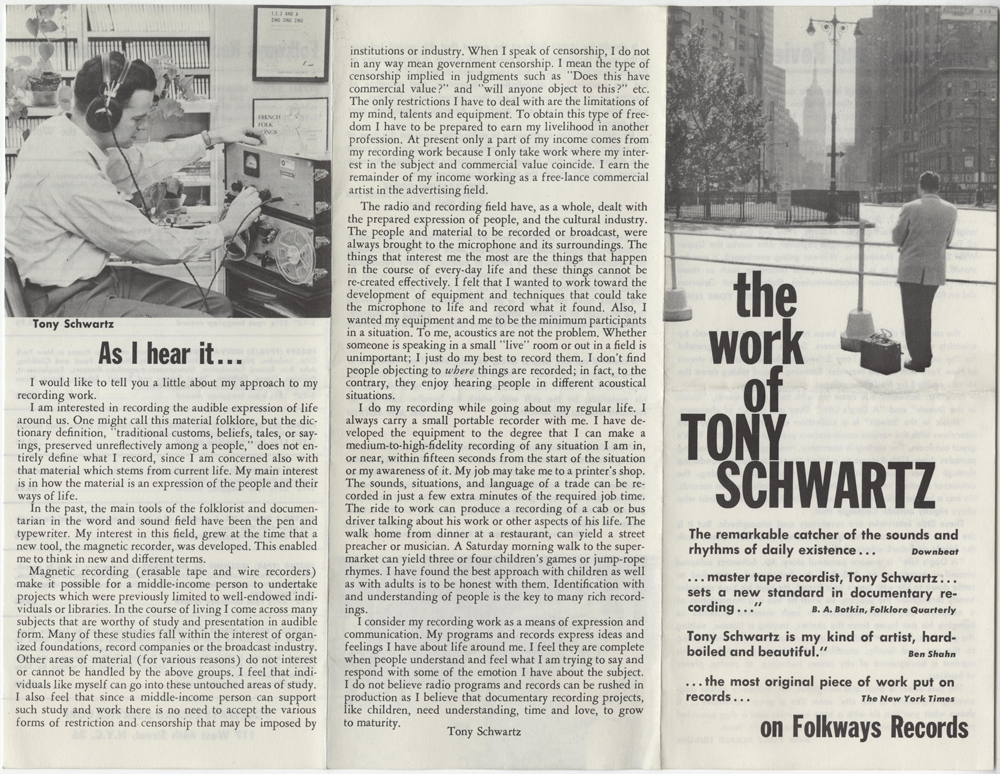